Audiobooks: PUTTING IT TOGETHER; THE KREMLIN CONSPIRACY; THE COLOR OF LAW; THE ONE AND ONLY IVAN; THE TENDER BAR; THE LINCOLN LAWYER


Adam Grupper has recorded well over one hundred audiobooks. He has received ten Audiofile Earphones Awards, as well as audiobook honors from SOVAS, Publisher's Weekly and iTunes. Over a thirty-plus year career as a professional actor Adam's credits have included twelve Broadway shows and numerous appearances on film and television.
See full audiography
See editorial profile 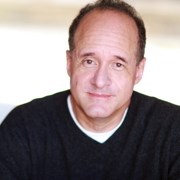