Audiobooks: FORGING HEPHAESTUS; THE STAR THIEF; HUNTER; TEXTS FROM JANE EYRE; THE BLUE HOUR; IN THE LIGHT OF THE GARDEN

AMY LANDON has narrated 150+ books. She has been nominated for Audies in the humor and erotica categories. She also voices characters in Grand Theft Auto, Red Dead Redemption and many commercials. She can still be found on stage and on screen in acting roles. She is a classically trained actress with an MFA from the University of Missouri - Kansas City where she taught Dialects & Voice to undergraduates and which she when on to teach at NYU. She currently resides in Los Angeles. 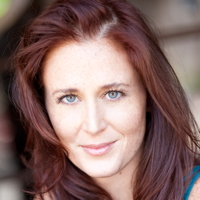