I've narrated over 300 titles across many genres, specializing in Comedy, Romance, Not-Super-Violent Thrillers and various (often delightfully ridiculous) combinations thereof. I'm a 4-time Audie Award nominee and a one-time Audie Award Winner. I've lost Audie Award competitions with the likes of Meryl Streep (I mean, c'mon, she didn't win either!) and Rainn Wilson. I got these, too!: AudioFile's Best Romances of 2016 and Best Of The Year 2017, and a few delicious Earphones Awards!
See full audiography
See editorial profile 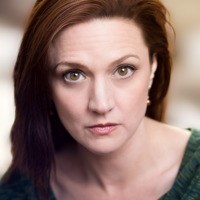