Audiobooks: THE EDUCATION OF DIXIE DUPREE; RIGHT WHERE YOU LEFT ME; THE BENEFITS OF BEING AN OCTOPUS; MURDER WEARS A LITTLE BLACK DRESS; SHIP IT; ELEPHANT SECRET


Amy Melissa Bentley has recorded over 200 audiobooks. She is an AudioFile Earphones Winner and has had several great reviews from Audiofile. She is also a professional stage and screen actress. A member of SAG-AFTRA, she has performed in Scotland, New York City, and throughout Connecticut.
See full audiography 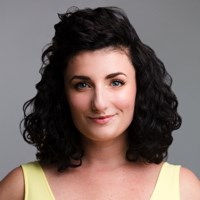