Audiobooks: WHEN THE MOON WAS OURS; THE UNEXPECTED EVERYTHING; STEALING SNOW; DIARY OF A SUCCUBUS; NOTEWORTHY; MIDNIGHT AT THE ELECTRIC

Bailey Carr is an NYC-based audiobook narrator. She was raised in Tennessee and received a BFA in Acting from NYU’s Tisch School of the Arts. Bailey has narrated over 75 audiobooks for major publishers, including many titles for New York Times Bestselling Authors. 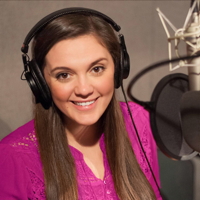