Audiobooks: NO BIKING IN THE HOUSE WITHOUT A HELMET; THE POISONER'S HANDBOOK; SNAKEWOMAN OF LITTLE EGYPT; SOURLAND; ON THE NOODLE ROAD; SHADOW TAG

Coleen Marlo is a multi-award winning audiobook narrator and producer with close to two hundred audiobooks to her credit. She has worked for almost a decade for the top publishers and producers across the United States, including: Audible, Blackstone Audio, Brilliance Audio, Dreamscape Audio, Hachette, HarperAudio, Highbridge Audio,Penguin Audio, Random House Audio, Books On Tape, Deyan Audio and Tantor. 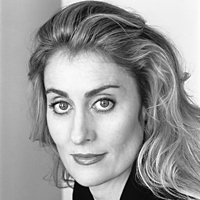