Audiobooks: WASTED; THE INDOMITABLE FLORENCE FINCH; THE MISADVENTURES OF THE FAMILY FLETCHER; SO BRAVE, YOUNG AND HANDSOME; THE EVOLUTION OF BEAUTY; THE INVISIBLE GORILLA


Dan Woren has narrated over 200 audio books in numerous genres. At this writing, he has been awarded 9 Earphone Awards, was named one of the best voices of 2015 (in 2 categories) and was part of the cast of Audie-award winning "Book of the Year", Lincoln in the Bardo. Dan is currently working on expanding his capabilities as a humane being...and smiling! 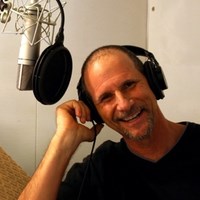