Emma Speer attended Yale University where she delved into performance: specifically, improv comedy, stand-up comedy, sketch comedy, one woman shows and radio. She has over a thousand hours studying performance experience in performance as well as a high proficiency in audio editing and mastering. She hosts a weekly radio show as well as self-produced podcasts and has an at-home professional recording studio. She is also an avid reader and has always dreamed of narrating. As to date, she has produced four audiobooks. The author of Murder is Elementary/Secondary specifically requested I read as a Long Island, Middle Aged narrator. 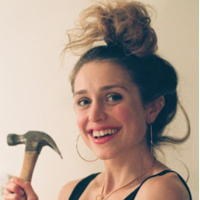