Audiobooks: THE TEMPLAR CHRONICLES; BEYOND THE PALE; A CAPTAIN AT WAR; THE TOMMY WILDE SERIES; THE PINE BOX VENDETTA; DAYS OF ELIJAH

Jarret Lemaster is the narrator for a book series call the Knights Templar Chronicles by NY Times best selling author Joseph Nassise , a story about a military wing of the Vatican that fights monsters. He is also the narrator for the Tommy Wilde series, One Wilde Night is due to come out in a month or so and is a bit like a cross between Breaking Bad and the Sopranos. He also just finished an anthology with NY Times best selling authors Jim Butcher, Peter S Beagle, Saladin Ahmed, Kami Garcia and a host of others called Beyond the Pale. He is known for his ability to do a variety of voices and accents and has been an actor and VO actor for over 20 years. 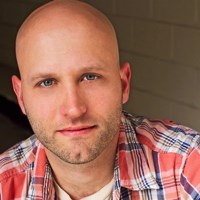