Audiobooks: SURVIVAL OF THE FASTEST; MESSIAH (Mammon, Book II); TITAN (Mammon, Book I); HUNTING THE MIRROR MAN; I’LL NEVER BE FRENCH (NO MATTER WHAT I DO); THE DIN OF CELESTIAL BIRDS


Jonathan Beville is an audiobook narrator working on political, military, and financial thrillers, as well as current affairs and business titles. A classically trained actor, Jonathan has also enjoyed a successful career in the defense industry. He has had the privilege to live in both Europe and the Middle East, and has worked on projects taking him to more than 80 countries around the world. 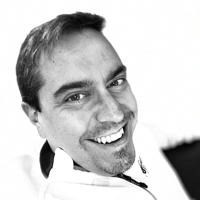