Audiobooks: DANCE DANCE DANCE; SUPERFANDOM: How Our Obsessions are Changing How We Buy and Who We Are; AMERICAN PHILOSOPHY: A Love Story; MY WIFE IN THE PSYCHE WARD; YOU BELONG TO THE UNIVERSE: Buckminster Fuller and the Future Book; BOY MEETS DEPRESSION: Or Life Sucks and Then You Live

Josh Bloomberg has recorded tens of audiobooks for most of the major publishers, lending his voice to many different genres. His versatility and acting background have helped him access the styles needed for a variety of works. He has narrated several notable works, including titles by Wall Street Journal and New York Times bestselling authors (some of them, under a pseudonym). He directed the audiobook for "The Storm of the Century", written by Al Roker. He also announced the categories and nominees at the 2017 Audie Awards ceremony. Josh also performs on-screen and records commercial voiceover. 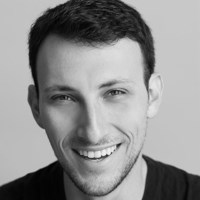