Audiobooks: KISSINGER; HOPE; ON THE BLUE COMET; CHEEVER: A LIFE; 40 DAYS WITHOUT SHADOW; THE PATRIARCH

Malcolm's extensive acting background and strong storytelling technique has served him well across many genres, especially with histories and biographies. Having grown up in Morocco, he is fluent in French, conversational in Spanish and German, and particularly good with Arabic and other non-European language pronunciations. 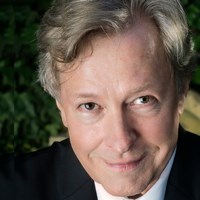