Melinda is a first-generation Haitian-American who graduated with a BA in Theater Studies from Yale University, where she received the V. Browne Irish Prize in the Performing Arts. She has toured as a jazz a cappella singer, worked as a firefighter, attended medical school, worked in IT as a data analyst, and professionally acts on stage, screen, and in VO. More samples available on website! 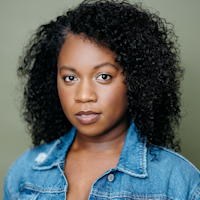