Audie Award-winning audiobook narrator and producer with over 250 titles. I’m very passionate about all aspects of this industry.
See full audiography 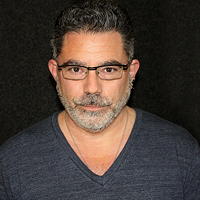