Audiobooks: THE ACCIDENT; THE YID; UNHOLY NIGHT; THE ART OF DYING; WITHOUT FEAR OR FAVOR; INSIDE, OUTSIDE


Peter Berkrot's career spans four decades with highlights including Caddyshack and Showtime's Brotherhood and appearances on America's Most Wanted and Unsolved Mysteries. He is a prominent acting coach and has voiced over 500 audiobooks and more than 300 for children, winning 10 Earphones Awards and a 2012 Audie Award nomination. He received SOVAS awards in 2018 and 2019 and a 2016 Audie Award for THE STARLING PROJECT, starring Alfred Molina. THE VAULT OF HORROR, his last project with William Dufris, won the Independent Audiobook Award for AUDIO DRAMA. 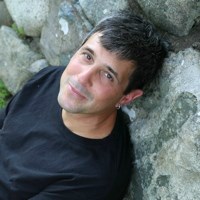