1 Audie Award, 4 Audie nominations including for Best Solo Male Narrator of 2003, 12 Earphones. Over 150 audiobooks including thrillers, romances,sci-fi, and inspirational novels. An AudioFile "Voice of the Last Century" and more recently a "Rising and Shining Star." Noted for "his sharp, witty, no-nonsense delivery of dialogue and narrative" while capturing "the world-weary cop and the sultry vixen." 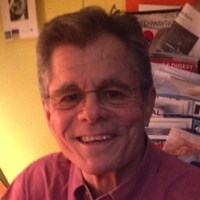