Audiobooks: EVA LUNA; THE NEW AMERICAN; THE LAST GREAT ROAD BUM; SANTIAGO'S ROAD HOME; MIGRATING TO PRISON; ALL THIS I WILL GIVE TO YOU

Timothy Andres has recorded over three hundred audiobooks. In 2021, he was part of an ensemble nominated for an Audie Award for a collections of stories called Burnt Tongues, as well as two AudioFile Earphones Awards, and a SOVAS award. 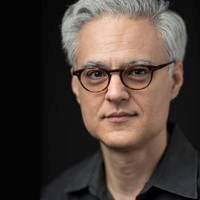