Audiobooks: THE BOARDER; MAN IN THE MIDDLE; WHY, A Courtroom Drama; THE DONZERLY LIGHT; THE COSMIC BREATH; COGNITIVE SCIENCE, RELIGION, AND THEOLOGY

Tim focuses on contemporary mysteries, science fiction, religion and spirituality, and science. Currently, he works mostly with independent authors and publisher. He has studied with the highly respected coaches, directors, and voice actors Patrick Fraley, Scott Brick, Carol Monda, and Paul Alan Ruben. His voice has been described as warm and engendering trust. 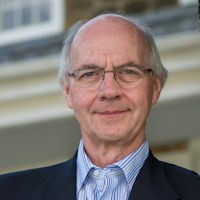