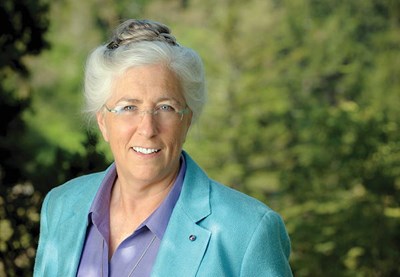 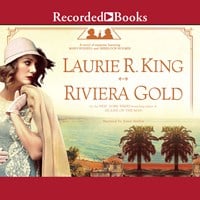 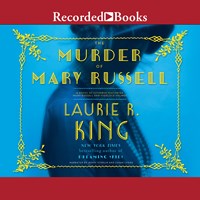 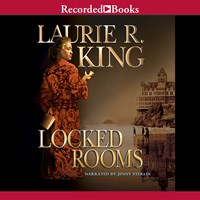 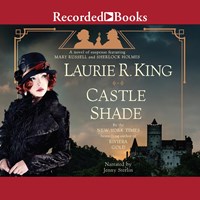 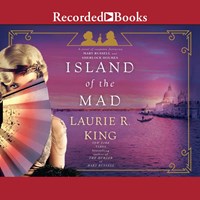 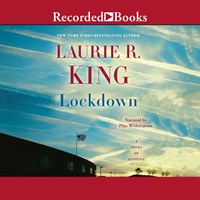 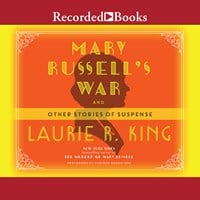 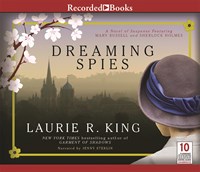 Since the publication of her first novel in 1993, third-generation Northern Californian Laurie R. King has seen 21 of her novels--along with various short stories and novelettes--in print. King, who holds a master’s degree in theology from Graduate Theological Union, has also edited several anthologies and works of nonfiction. She is a member of the Baker Street Irregulars, an exclusive society of Sherlock Holmes enthusiasts.

Both of King’s award-winning series feature strong and unusual female leads. Kate Martinelli, the heroine of her first novel, the Edgar Award-winning A GRAVE TALENT, is a San Francisco homicide detective and lesbian. Mary Russell, who has featured in 12 novels set in the 1920s, is the young, adventuresome wife of an aging Sherlock Holmes. All of King’s books are entrenched in research, atmosphere, and personality. “I seem to have the most success with getting inside the heads of my characters,” she says, “which is partly research and partly imagination. In mysteries, the plot is central to the reading experience, but to my mind, the characters are central to the plot.”

Not surprisingly, King’s early experiences listening to stories affected her writing. “We rarely had televisions when I was young. I can remember listening to old broadcasts of ‘The Shadow’ on the radio when I was 10 or 11. But I probably learned a lot more by reading to my children when they were young--nightly reading sessions rarely lasted less than half an hour. We read CHARLOTTE’S WEB several times, and the kids hung on every sentence of THE LORD OF THE RINGS when they were remarkably young--then wanted to start again.” King enjoys reading selections at book signings. “Although I tend to keep that part of the event short, five to eight minutes at most. It may be nice to hear the author’s voice reading a little of the book, but longer than that and the audience starts to shift in their hard chairs.”

Her 2011 novelette, “Beekeeping for Beginners,” which serves as a prologue to King’s Mary Russell series, was narrated for Recorded Books by Robert Ian Mackenzie. Additionally, her books have been narrated by Frank Muller, Richard Ferrone, and Alyssa Bresnahan. But it’s British born actress Jenny Sterlin, who once served as dresser for Jeremy Brett, who has narrated all of the Mary Russell books for audio. “I’ve met Jenny several times, and she came to a great event in New York a few years back that was organized by fans of the Russell audios. I’ve had contact with the Recorded Books folks occasionally, when they asked for pronunciation tips of foreign words. But for the most part, I let them run with it, and they do just fine.”

The Mary Russell series takes place nearly a century ago and spans the globe. “With very few exceptions, I do write about places I’ve been to. However, since the 1920s are often very different from what a modern traveler sees, I also do a lot of research, beginning with guide books from the time--I have quite a collection by now. And the speech patterns of the twenties are less important than the speech patterns of the individual characters, once you have the vocabulary down. Mary Russell speaks an English more formal than people tended to even in the twenties, while Harris Stuyvesant (TOUCHSTONE, 2007, and THE BONES OF PARIS, 2013) has a more colloquial Jazz Age speech, with dated slang (‘swell,’ ‘lousy,’ ‘And how!’). Popular novels of the time are great sources of period speech--those, and a good slang dictionary.”

King has just finished the manuscript for THE BONES OF PARIS, which will be coming out in September. “It’s a sequel to TOUCHSTONE, set in 1929 Paris, and it’s been a tremendous amount of fun for me, both to research and to revisit some of my favorite characters. It’s also proving to be a tremendous amount of work to get the balance just right: part thriller, part detective novel, with just a soupçon of love story for flavor.”--Steven E. Steinbock