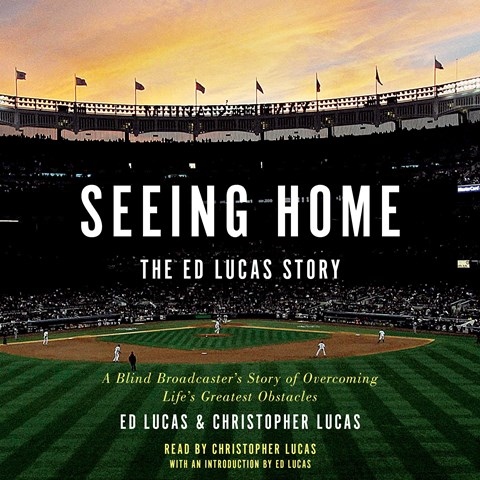 The extraordinary story of a blind baseball announcer's life is narrated by one of the people who knows him best--his son. Christopher Lucas does an admirable job telling the story of Ed Lucas, who became blind as a boy. The number of lives this man has touched is a wonderful testament to him, and his son gives the book what it deserves--a narration that emphasizes the emotional parts and laughs with the humorous ones. His character voices are subtle and effective; Mickey Mantle is particularly spot-on and wonderfully sentimental. Non-sports followers and baseball fans alike will appreciate this feel-good memoir, which seems sure to land on the big or small screen. M.B. © AudioFile 2015, Portland, Maine [Published: AUGUST 2015]