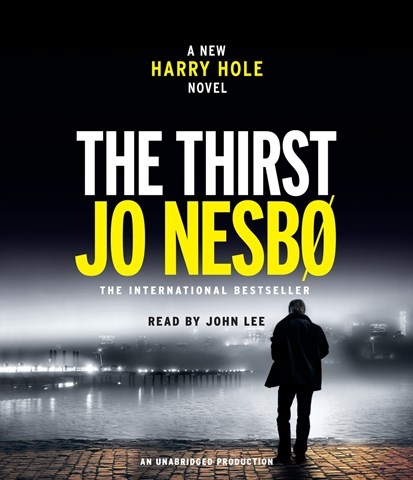 John Lee at his best is about as good as it gets in audiobook narration. Jo Nesbø in top form is a showstopper, and when they’re together, perfectly in sync as here, you may need a Valium to get through the final chapters. Nesbø’s specialty is gore-filled serial-killer puzzles. If that’s your meat, you’re in it for the bizarre imagination and plot twists, so be fair, you can’t also expect Sinclair Lewis social realism. But then add John Lee, who is such a perfectionist that when a character gets his nose broken, Lee plays the man’s dialogue in all the rest of his high-octane scenes as if he had his nose stuffed with bloody cotton. Bravo to both of them for this thrill ride. B.G. Winner of AudioFile Earphones Award © AudioFile 2017, Portland, Maine [Published: JUNE 2017]