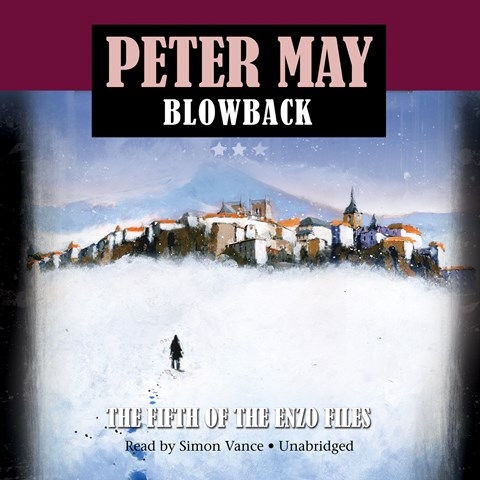 by Peter May | Read by Simon Vance

In the latest in the terrific Enzo Files series, forensics expert Enzo MacLeod works to solve cold cases with new scientific techniques. Simon Vance narrates as we learn the details of the unsolved murder of Chef Marc Fraysse. The scene is the Fraysse family restaurant in central France where, with the help of a lovely local gendarme, Enzo attempts to decipher the many clues. Vance fluidly shifts from Enzo’s Scots brogue to the softer cadences of the various French characters. Most impressive is his portrayal of Sophie, Enzo’s daughter, whose Scots-French accent is a delight. May’s story and Vance’s performance make this an audio experience that one wants to hear in one listen. K.O. © AudioFile 2011, Portland, Maine [Published: JUNE 2011]