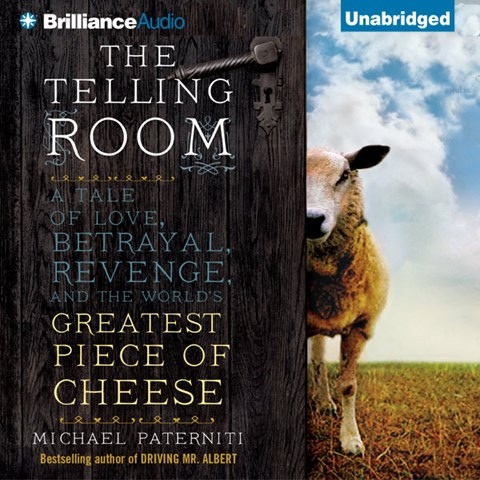 THE TELLING ROOM A Tale of Love, Betrayal, Revenge, and the World's Greatest Piece of Cheese

When author Paterniti went to Spain to find Ambrosio, the man who once crafted the world's most expensive cheese, he was surprised by the simplicity and the drama of life in Castile. Narrator L.J. Ganser's enthusiastic performance complements Paterniti's style, especially during the sections about the author's personal experiences in the tiny village of Guzmán and the passages expressing his determination to uncover the story of the cheese. As the larger-than-life Ambrosio rants over perceived betrayals and tenderly recounts his family's spiritual connection to the land, Ganser toes the line of over-the-top acting but doesn't cross it. However, his Spanish pronunciations are uneven, and his booming rendition of the boisterous cheese maker becomes somewhat tiresome by the time this memoir comes to an end. C.B.L. 2014 Audies Finalist © AudioFile 2013, Portland, Maine [Published: SEPTEMBER 2013]