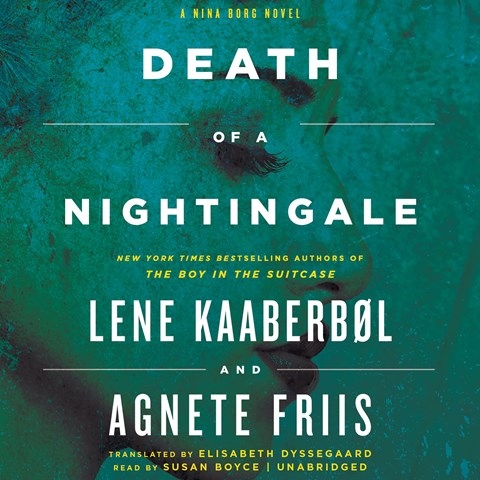 The layered story lines, detailed characterizations, and Scandinavian atmosphere that have made this Danish detective series so popular are not best served by the narrator of the newest book. While Susan Boyce reads well enough, her pacing is slow, and the lack of differentiation between characters makes conversations difficult to follow. For those who persevere, this is an involving story of the past affecting the present, beginning in 1934, when two sisters make very different choices to survive Stalinist Russia. Flash to 2012, when the daughter of a Russian living in Denmark is endangered. In trying to protect the little girl, Danish rescue worker Nina Borg discovers a mess of old and very dangerous secrets. A.C.S. © AudioFile 2013, Portland, Maine [Published: DECEMBER 2013]