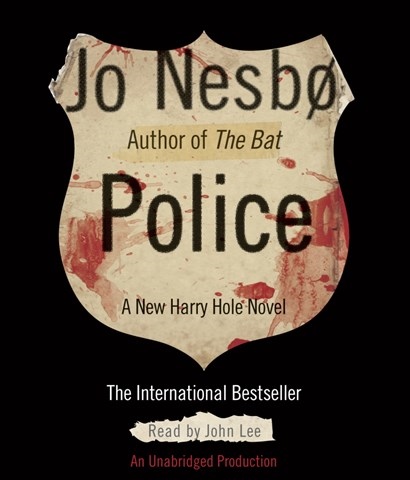 At the close of PHANTOM, Harry Hole was shot in the head and chest. Is he alive or dead? John Lee’s coolly dispassionate narration contains the needed urgency to keep listeners engaged, since author Jo Nesbø doesn’t reveal Hole’s fate for most of the novel. Lee nicely develops the secondary members of the Oslo police force featured in this mystery. With Hole out of the picture, Harry’s longtime friend, Bjørn Holm; forensics dynamo Beate Lønn; and detective Katrine Bratt must delve into a series of brutal murders of police officers found dead at the locations of crimes they were unable to solve. Lee’s performance captures Nesbø’s every nuance, bringing out vivid details of the gruesome crime scenes and adding dimension to the ingenious plot twists. S.J.H. © AudioFile 2013, Portland, Maine [Published: NOVEMBER 2013]