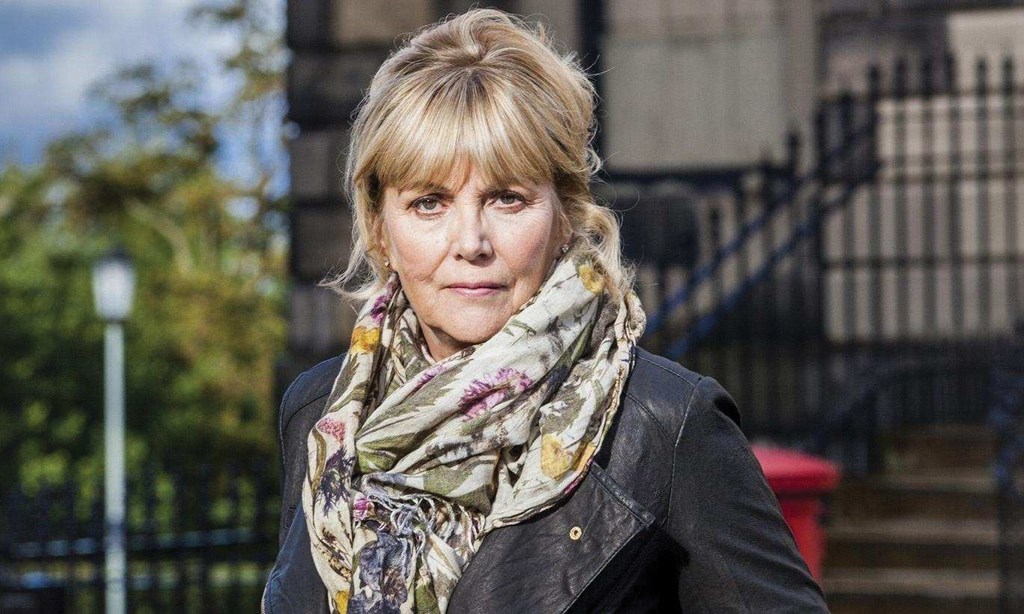 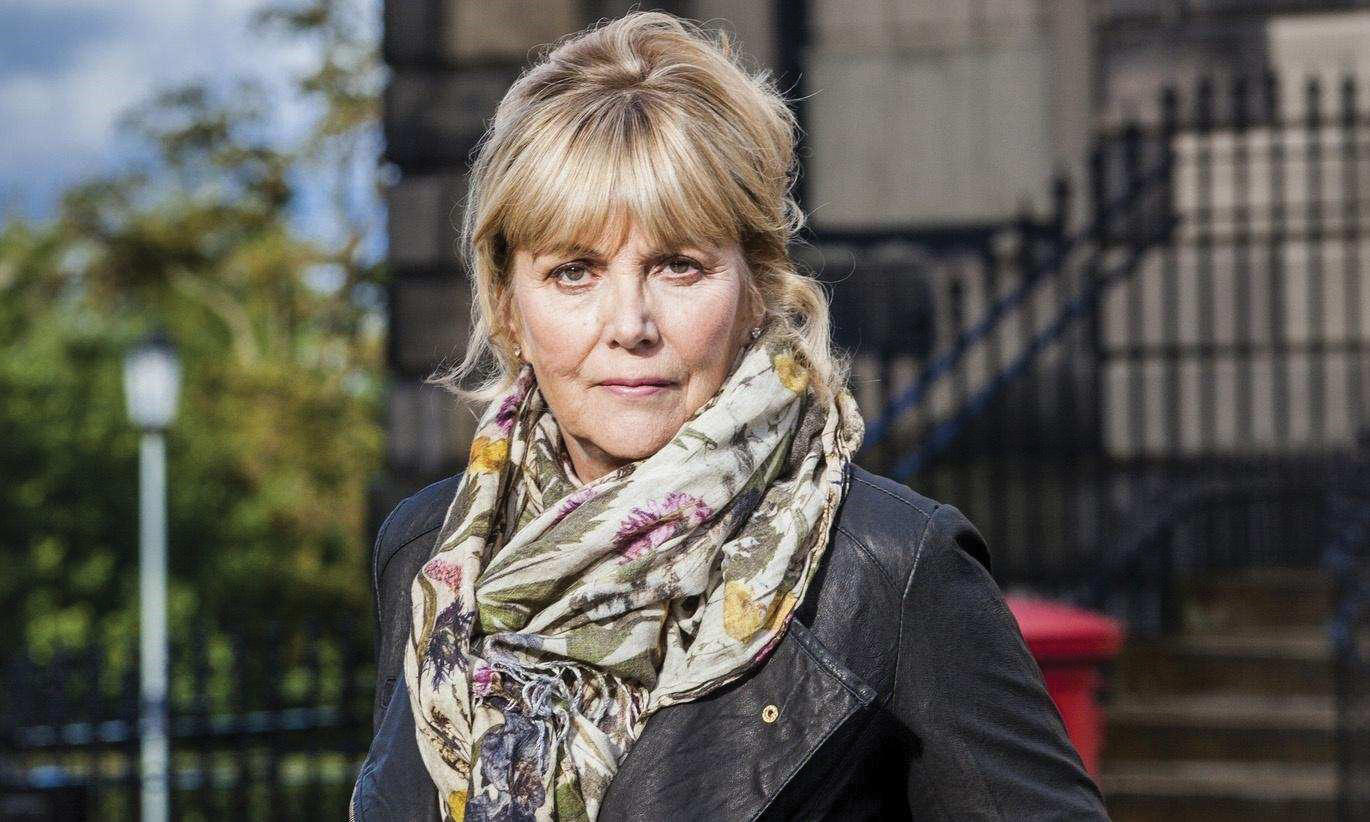 Kate Atkinson’s most recent Jackson Brodie mystery, BIG SKY, came out this summer, and I was so pleased to get to talk to her about her audiobooks in the August/September issue of AudioFile Magazine. Read my interview below.

Fans of the idiosyncratic private investigator Jackson Brodie should thank their lucky stars for Kate Atkinson, author of the Brodie novels. Not only did she create the character—world-weary yet hopeful, deeply moral, occasionally law-breaking, and, well, marvelous—she recommended actor Jason Isaacs for the role. Now he simply is Jackson Brodie on audio and in film, and she couldn’t be more pleased. Admittedly, they did have a “little friendly tussle” over Brodie’s accent, which in Isaac’s rendition is more generically Northern England than what the Yorkshire-born author hears when she writes. “But he has to do lots of other characters as well, and he does do them excellently. It’s definitely an art.” She acquiesced about Brodie’s accent. “Now,” she laughs, “he regards it as his. I regard it as mine. But he does really regard it as his.” She smiles, for it has worked out just as she intended. 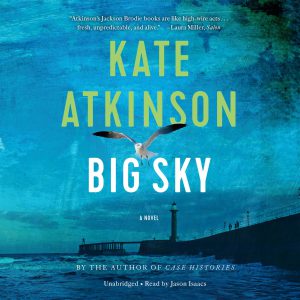 The newest novel, BIG SKY, which involves Brodie in a sex-trafficking case, includes some seriously bad actors. “Most evil people come to their wrongdoing through choices they make,” says Atkinson. “For the writer, it’s the choices that are fascinating. In this book, people are making choices all the time. Also, satisfyingly, the evil die, and the good people get to carry on without being punished for the things that legally they ought to be punished for.” Such as killing your no-good rotten husband. “Oh, I always knew that character had it in her,” laughs Atkinson. “She had to dispose of that man herself.”

Atkinson has been busy in the nine years since the previous Jackson Brodie book. LIFE AFTER LIFE, which won the Costa Best Novel Award in 2013, is about the alternative possible lives of Ursula Todd, including one in which she tries to kill Hitler. A GOD IN RUINS, which also won the Costa, is about Ursula’s younger brother, a WWII bomber pilot. TRANSCRIPTION, which appeared in 2018, focuses on a woman who discovers that she may not have understood her WWII work as a transcriptionist for an MI5 operation. (Atkinson began her career by winning the Whitbread First Novel and Book of the Year for BEHIND THE SCENES AT THE MUSEUM, about a working-class girl and the women in her family over six generations, including both World Wars.) 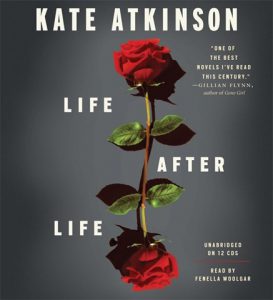 Atkinson says that war appears in so many of her books because it’s a period of heightened reality. “People have experiences they never would have otherwise. It brings out the best and worst in them, which is interesting for a novelist. Also, as WWII ended only a few years before I was born, I feel that there’s something I missed that I would have been good at. In a way I’m re-creating the war for myself.”

All her books involve shifts in time and perspective that create interlocking narratives that gather speed as they pitch toward the conclusion. Though she fantasizes about “one of those enormous whiteboards that they have in police shows,” diagramming always results in a spider’s web, so she holds most of the complexities in her head, “Trying to think about how to get from A to C via B is often what keeps me awake at night.” Once done, though, she lets it all go to make room in her brain for the next book. 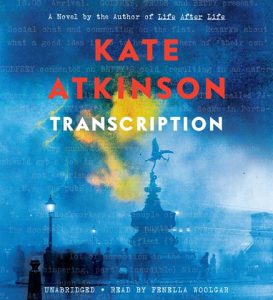 Currently, she’s writing something that’s partly a fairy story and has found herself delighting in it. “They’re what I read growing up, and I still love them. It’s that sense of ‘once upon a time’ and the narrative journey that I like. So often, it’s about how a girl gets out of trouble. It’s about the innate intelligence and cunning of girls. Plus, outrageous things happen, which open the door to mad possibility all around you. I was probably in my thirties before I acknowledged that life does not have a door that opens onto a magic garden. I was so sad. Then I became a writer, and the door opened again. I can create the magic. I can write a war novel, for example, that also is a grown-up fairy story. I can open the door for myself and for other people, so that we all can have once upon a time.” 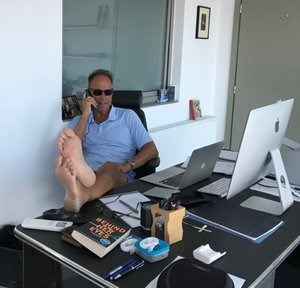 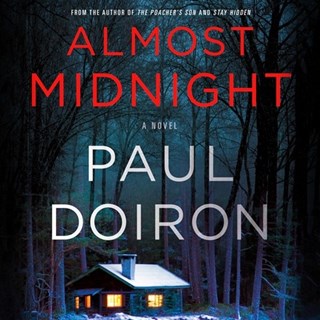 Criminal Intent: Series Mystery Listens
Aurelia C. Scott | 08.08.19
Who are you planning to bump off this summer? Oh, don't look shocked. If it isn't an in-law, blood relative, supervisor, cubicle mate, or politician, then it's the barista who has 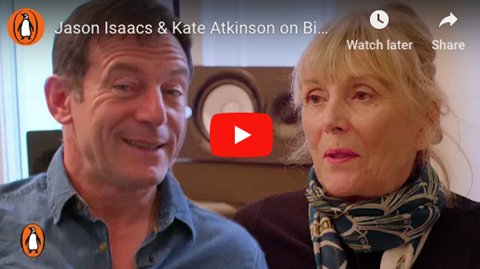 Hello, It's Flavia!— An Interview with Alan Bradley and Jayne Entwistle
Robin Whitten | 02.15.19
Flavia de Luce always makes me smile. Alan Bradley’s 11-year-old sleuth has just solved her tenth mystery, THE GOLDEN TRESSES OF THE DEAD. Flavia lives in the village of  Bishop’s