Home » Articles » Second Star to the Left and Straight On 'Til . . . a Steampunk Twist on Peter Pan: Everland 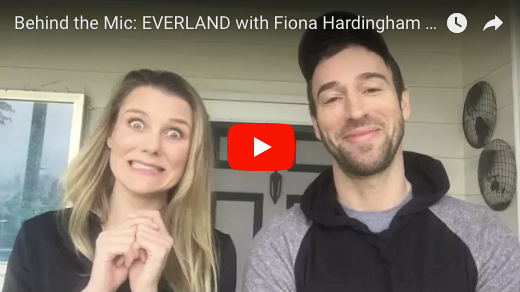 Second Star to the Left and Straight On 'Til . . . a Steampunk Twist on Peter Pan: Everland

This week we have a special double feature—narrators Fiona Hardingham and Steve West take us Behind the Mic with EVERLAND — the narrator duo alternate chapters between the points of view of Gwen and Hook. Described as a steampunk homage to PETER PAN, this is an audiobook you don’t want to miss.

“It is an unexpected story. It’s very dark and twisted.”—Narrator Fiona Hardingham 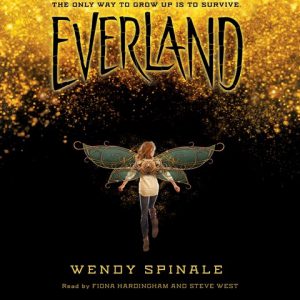 From J.M. Barrie’s original PETER AND WENDY from 1911 through the many iterations of stage and film, Peter Pan, Wendy, the Lost Boys, and Captain Hook are always captivating. EVERLAND gives it a steampunk fantasy twist, but also includes the historical setting of postwar London. Fiona and Steve give listeners a treat with the many characters and their accents. Teens and families have a fun listen ahead, and during the week of June 7-14, EVERLAND is a featured AudobookSYNC title—FREE to download, for this week only.

Both Steve West and Fiona Hardingham have many fabulous audiobook titles to explore. Steve’s audiography includes several other YA titles including  Laini Taylor’s STRANGE THE DREAMER and Megan Whalen Turner’s THICK AS THIEVES. In fiction, he just completed Michael Ondaatje’s WARLIGHT, and you’ll also find plenty of romance, as well as classics and mystery.

Fiona’s audio performances include other dual narrations with Steve, like AN EMBER IN THE ASHES; single and ensemble performances of many YA titles like Kiersten White’s AND I DARKEN and THE DARK DAYS CLUB; and fiction titles by Jojo Moyes and Sophie Kinsella.

We must include a side note, for anyone seeking an original version of PETER PAN, this version by Samuel West can’t be beat. 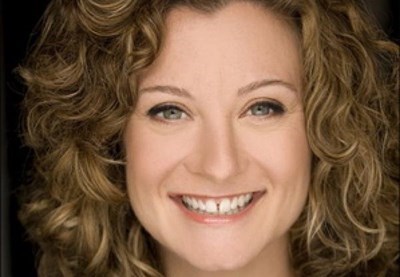 Life Goes on Until it Doesn't—Love and Second Chances
AudioFile Editors | 06.02.18
This visit Behind the Mic brings us a chat with Khristine Hvam, co-narrator of EXTRAORDINARY MEANS. Author Robyn Schneider sets a stage in a not-so-distant future, when a virulent 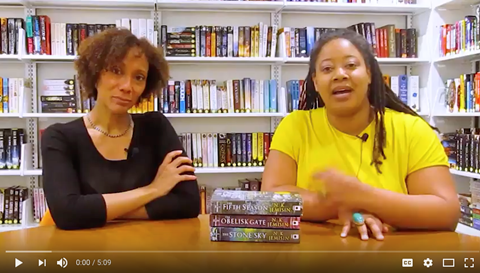 The Inside Scoop on THE STONE SKY
Emily Connelly | 05.29.18
I was one of many listeners struck by the intensity and depth of feeling that Golden Voice narrator Robin Miles brought to the Broken Earth trilogy. The last in the series, THE 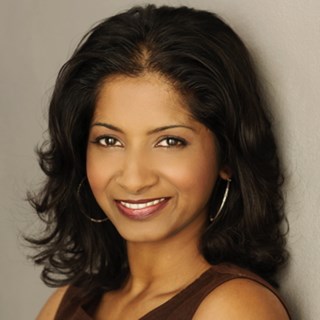 Every year, audiobook lovers rejoice in AudioFile's Sync Audiobooks for Teens summer listening program. It's free audio, thoughtfully curated, and there are always

Tease: Lord of the Privateers
AudioFile Editors | 02.28.17
AudioFile went Behind the Mic to talk with narrator Steve West just after he completed the 4th audiobook in Stephanie Laurens's The Adventurers Quartet, LORD OF THE PRIVATEERS.