Leonardo Audio, a new Boston-based audiobook production company, launches into warp-drive this November with its release of the space-opera thriller, SOL SAGA 1: REVOLUTION by author and filmmaker James Fox. 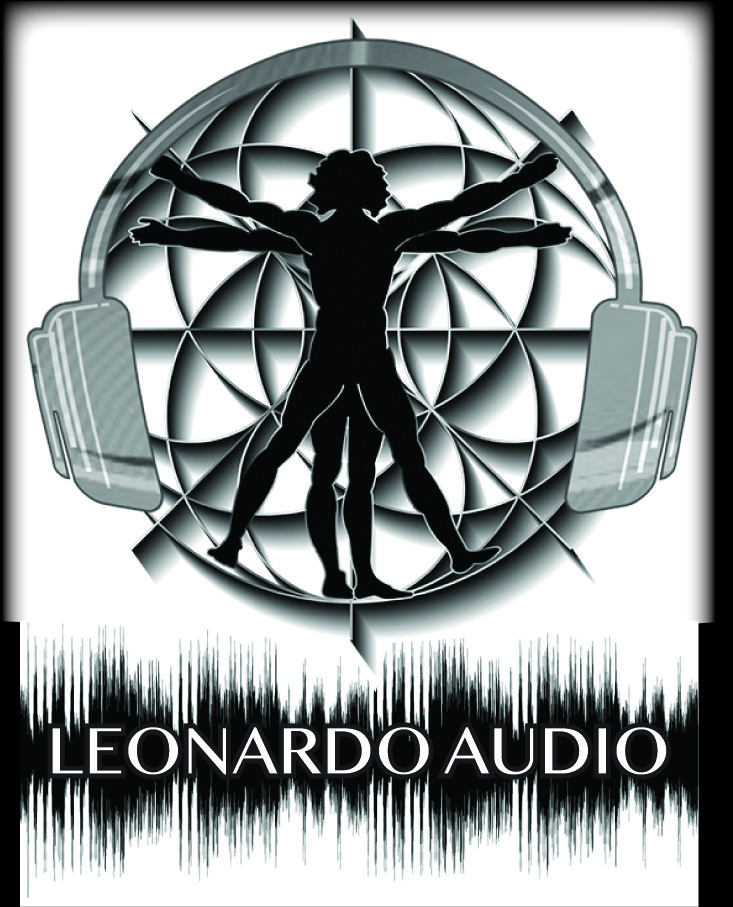 Leonardo Audio is named for Ciulla’s late father, Leo, a fisherman and fish-buyer. “It was because of my dad’s hard work that I was able to level up, if you will, and attend college. He supported my desire to act even though it wasn’t a traditional career choice for a fisherman’s son,” says Ciulla, who honed his acting skills as a Boston area improv and sketch-comedy artist.

The actor discovered audiobooks in 2009 after noticing a “huge cube” on a bookstore shelf that turned out to be a John Grisham audiobook narrated by Michael Beck. “That planted the seed in me. What could be better than acting with books?” In the ensuing years, he studied with some of the stars of audiobook narration and production, including Scott Brick, Grover Gardner, Hillary Huber, and Paul Alan Ruben. “Nothing has come easy for me as an actor, but at each step, mentors taught me something invaluable. Scott and Hillary gave me great initial training. Grover advised me to pull back seventy-five percent and not shout. Paul taught me how to be quiet. How to be in someone’s ear for fifteen hours and make the listener glad that you’re there.” 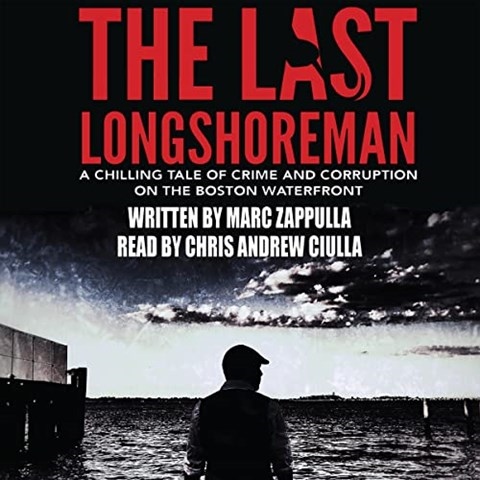 Now an audiobook coach himself, and an award-winning audiobook narrator with more than 400 titles on his resume, Ciulla hopes to build Leonardo Audio into a legacy audiobook publisher for the Boston and New England area. The company accepts fiction and nonfiction titles in sixteen genres that reflect Ciulla’s life and interests. For example, he reads the classics, and loves science fiction, hence Ernest Hemingway’s THE SUN ALSO RISES and James Fox’s REVOLUTION. He started his career in comedy, and “who doesn’t love romance?” Rob Vlock’s OFF STRATEGY, narrated by the author, is a romantic comedy set in the world of office politics. Self-help and wellness are important because Ciulla’s beloved father died by suicide. “I know how precious life is, and I want to do everything I can to advocate for mental health.” Also in honor of his father and his hometown, THE LAST LONGSHOREMAN, which Ciulla narrates himself. The suspense novel about "crime and corruption on the Boston waterfront" was written by Mark Zappulla, whose longshoreman dad worked across the Boston Fish Pier from Ciulla’s dad.

“Leonardo Audio is a safe haven for anyone who wants to get into audiobooks. We welcome authors, developers who want to reinvigorate a Hollywood pitch, narrators who want to hone their craft,” says Ciulla. “In audio, storytelling just sings. We aim to celebrate that.”

Aurelia C. Scott | November 28, 2022
Share This
More From Audiofile
In the Studio with Ballerina and Author Misty Copeland
AudioFile Editors | 11.15.22

Renowned ballerina Misty Copeland narrates her graceful and inspiring new memoir, THE WIND AT MY BACK, which chronicles her friendship with her mentor, the trailblazing dancer

In the Studio with Producer Guy Oldfield
AudioFile Editors | 11.01.22

Guy Oldfield is the Senior Director of Production at Macmillan Audio. He has spent 20 years working in production, a career that spans radio, live television, podcasting, and

Ann Richardson reacts to stress by getting busy. So, when the Covid pandemic made life as we know it turn somersaults, the full-time narrator thought, “Why don’t I