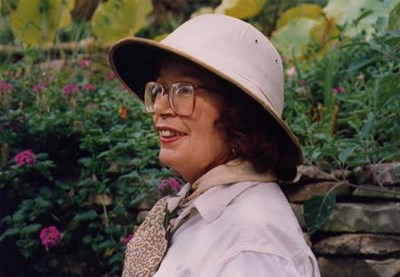 "She said that after listening to [audiobooks], she paid more attention to avoiding word repetitions and awkward syntax, and differentiating characters’ speech patterns." 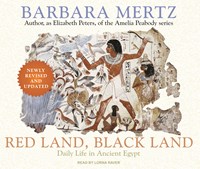 When author Barbara Mertz died on August 8, legions of devoted fans also lost Amelia Peabody, Egyptologist extraordinaire; Vicky Bliss, bold museum curator; and Jacqueline Kirby, adventurous librarian. Mertz’s three most famous characters, stars of 29 books between them, as well as dozens of stand-alone suspense novels, will live on in listeners’ hearts, but we will miss knowing what happens next.

With Mertz’s death, we must also bid adieu to one of the most enduring partnerships in the audiobook world--that of “the Barbaras.” Barbara Rosenblat narrated all 19 Amelia Peabody books. In the process, she won 10 AudioFile Earphones Awards and became fast friends with Barbara Mertz. The two spoke openly about how much each influenced the other’s work. In a 2005 AudioFile article, “Two-Part Harmony,” Mertz reported that she was known to bribe Recorded Books for advance copies of the audiobooks. She said that after listening to them, she paid more attention to avoiding word repetitions and awkward syntax, and differentiating characters’ speech patterns. Meanwhile, during their many discussions before the recording of each audiobook, Rosenblat reviewed and tweaked her narrative approach and characterizations. “I can’t tell you how I will miss her,” the actress said when we spoke with her after Mertz’s death. “We became so close over these 20 years. She was wonderful.”

At the 2012 meeting of the Maryland Library Association, Rosenblat was asked to present Mertz with the Author of the Year Award. “She was planning a new ‘Amelia,’ to be called THE PAINTED QUEEN. Now it will never be finished,” Rosenblat shakes her head. “But as we sat in her living room preparing for the event, she pulled a scene out of the big box that held the book in progress. I read it to her. Her own private ‘audiobook’ narration. Later I read it to the assembly. They were enthralled.

“At the end of that weekend, I mentioned that my back hurt from the long drive down from New York. She brought out a needlepoint pillow. It remains in my car to this day.

I think the saying stitched on it speaks volumes about Barbara: ‘Behind Every Great Woman Is Herself.’”--Aurelia C. Scott