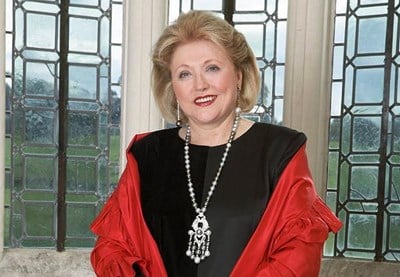 "I listen to something that’s a spy story, just to relax on a weekend. Of course the experience is enhanced by a good voice to listen to." 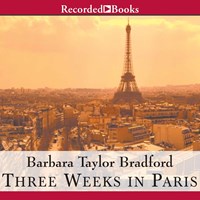 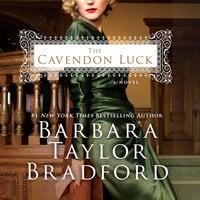 When she had the idea for her first novel, the rags-to-riches story of the indomitable Emma Harte, Barbara Taylor Bradford sat down and wrote a 12-page outline, which she showed to a friend. By chance, he happened to be seeing an American editor who "was looking for a big, old-fashioned family saga." Bradford met with the editors, who said they wanted 200 pages. When she appeared with two shopping bags and 1,592 pages of manuscript, they were overwhelmed. However, she had to wait only two days before they bought the book. After some editing, A Woman of Substance exploded onto the publishing scene in 1979.

Bradford wrote two more books about Emma Harte’s life (HOLD THE DREAM, 1985, and To Be the Best, 1988), and now, after nearly 15 years and 18 bestselling novels to her credit, she picks up the threads of the story again. "Everybody says that Emma’s Secret is a sequel, but it isn’t. It’s part of a continuing series." Over the years, many people wrote to her, asking her to write another book about Emma. "And I couldn’t, because I killed her off," she laughs. Eventually, her husband, TV and film producer Robert Bradford, reminded her that Emma’s experiences during the war years had been excised from the earlier books. This gave her the idea of combining today’s generation with Emma’s life in the 1940s. "But I had to wait for the children to be grown-up characters running Emma’s businesses."

While none of her books is autobiographical, Bradford does use "little quirks and personality traits" of people she knows for some of her characters. "But you have to be a psychologist if you want to be a novelist, and you have to be a very good liar. It’s all coming from your imagination."

Bradford, who grew up in England, was a precocious reader and loved listening to dramas on the radio. Now she is an occasional audiobook listener. She tends to listen between writing her own books. "Since I’m writing all the time and using glasses and staring at words on paper, it’s nice to close my eyes and just get carried away." Her choice of book varies. "I don’t want to pick up echoes of other writers, so I might listen to something that’s a spy story, just to relax on a weekend. Of course," she adds, "the experience is enhanced by a good voice to listen to."

Pleased with the audio versions of her novels, she especially enjoys Lynn Redgrave’s work. "She read The Women in His Life, and she was wonderful because she did voices." She managed to shift from a little boy "with a tiny little voice" to a very Germanic grandmother. "I was really thrilled when I heard her reading it." As for the new book, Kate Burton has read several of her novels. "She has a lovely voice, particularly in Emma’s Secret. I think she’s perfect. I don’t think you can have an American actor doing all the English voices."

In the world of Barbara Taylor Bradford’s characters, the important values—honesty, loyalty and forgiveness—are constantly tested and reaffirmed. Hardship, whether emotional or physical, is the crucible through which characters must pass before emerging stronger and more centered than before. "One of the reasons my books are so successful all around the world is that I write about women of integrity. They have honor, they have discipline, they are hardworking, and they go out and conquer the world."—S.J. Henschel