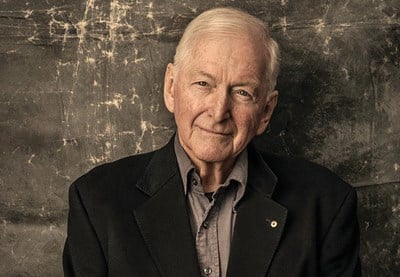 "The voice is more intrinsically honest than the written word. The audio versions extend the reach of my books." 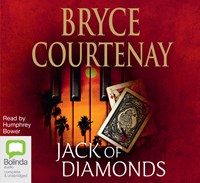 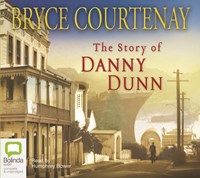 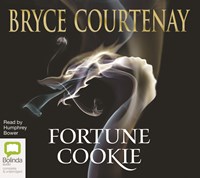 "Audiobooks," Bryce Courtenay told AudioFile, "go back to where stories all began."

At this point, the Australian author is such an inveterate storyteller that he began to tell a story—about telling stories. "It is the gloaming time, and there is a roar of a lion. In front of an early cave, a man by the fire says, ‘This is what happened. . ." Bryce’s impromptu story was full of sounds, colors, and the human voice, and, as he does with his books, he put the listener in the scene, viscerally feeling all the personal and physical elements.

In finishing his story, Bryce continued his expository comments on storytelling. "The voice is more intrinsically honest than the written word." Consequently, Bryce is a huge fan of audiobooks. He is very proud of his audiobooks because they deliver this storytelling in a powerful form.

"The audio versions extend the reach of my books." Before audiobooks were commercially available, Bryce had his books recorded for his neighbors in the remote Yarramalong Valley who do not read. He so wanted to share his books with the nonreaders that he contacted the recording service of the Royal Blind Society. In listening to his books, his neighbors became "part of the intellectual conversation." Bryce has long supported the cause of literacy and delights in the joy of a 60-year-old man who tells him he has "read" his first book. "Audiobooks are tremendous for literacy," Bryce continued. "They are such a gift. They give everyone the opportunity to understand the human condition."

After a full career in advertising and business, Bryce began writing books at the age of 55 and now, 15 years later, has published 13 novels. His first book, THE POWER OF ONE, continues to be one of the bestselling books by a living author in Australia and is the only one of Bryce’s books available in print in the U.S. However, most are available as audiobooks, and the new American office of Bolinda Audio makes them available. The audio format may be the best way to experience Bryce’s episodic stories set in Africa and Australia.

In a book like the 2003 Audie Award winner, THE FAMILY FRYING PAN, a retelling of stories Bryce learned from his wife’s great-grandmother, who escaped the pogroms of southern Russia, the author was not truly satisfied that he had told the stories properly until he heard them recorded. Actor Humphrey Bower, who narrates all of Bryce’s books, shows the uncanny skill of thoroughly inhabiting the lively and charismatic characters. Bower beautifully renders the books, which are rich with dialogue and description.

Even a part of Bryce’s writing process benefits from the spoken word. Just before his final submission of a manuscript, Bryce often reads key passages aloud in front of a mirror. Despite the numerous checks and proofs he has made of the text, Bryce discovers small corrections he wants from this reading aloud process.

"The primary function of writing is to tell a story." No wonder audio is the perfect medium for Bryce’s books. —Robin F. Whitten