"You pick up things on audio that you miss in print. Audio is also a wonderful way to renew classics that I read long ago." 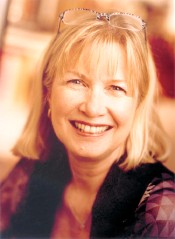 Audiophiles, meet one of your own: the delightful Southern author Cassandra King. “I listen all the time while traveling, “ she says. “To me, it’s a way of enriching a book.”

King, whose first novel was MAKING WAVES, is such an audiobook fan that she has several favored habits to share. “I’m building a collection. We’ve got so many books that it’s a relief to be buying tapes instead of print books.” She attributes the abundance to her husband, bestselling author Pat Conroy, an avid book collector.

King enjoys revisiting favorite books in audio format. “If I liked a book in print, I’m very much prone to listening to it,” she says, citing the bestseller THE SECRET LIFE OF BEES by Sue Monk Kidd as a notable example. “I saw it in the library in unabridged form and really enjoyed it. You pick up things on audio that you miss in print. Audio is also a wonderful way to renew classics that I read long ago. I recently listened to a Dickens novel that I hadn’t read since college.”

King finds that audio is great for exploring new genres, as well. “I don’t usually read mysteries and thrillers, but by listening to some, I’ve gained an appreciation for really popular authors, such as Mary Higgins Clark and John Grisham. I listen to a lot of nonfiction, too, such as how-to and self-help titles. Sometimes when a popular book comes along that people are talking about and I’m not sure I want to read it, I’ll get it on tape.” Dan Brown’s THE DA VINCI CODE fell into this category. “If I like it on tape, then I’ll get the print version.”

King is primarily a car listener but plans to begin adding audio to her walking routine. She prefers her own novels to be recorded without abridgment and finds abbreviated versions of other authors’ works equally unsatisfying.

King is a former English instructor who sets her novels in her native South. She wrote and published short stories for years before MAKING WAVES was sold. Her more recent works were inspired by personal experience. “THE SUNDAY WIFE and THE SAME SWEET GIRLS have a lot of autobiographical elements. THE SAME SWEET GIRLS is the name of a real group of my college friends who still get together.”

King names F. Scott Fitzgerald and Jane Austen among her favorite authors. “I like to say I discovered Austen long before Hollywood did.” She also enjoys such contemporaries as Connie May Fowler, Anita Shreve, and Anne Rivers Siddons. “I like Terry Kay [DANCE OF THE WHITE DOG], who has the most wonderful voice and reads a lot of his own works. And I happen to live with a writer; all his books are on audio. I’ve listened to all of them, and they’re all really excellent.”

King is convinced that audio is a beneficial format for readers of all types. “I don’t think print books will ever go away. And if having audiobooks will in any way inspire folks to read more, to become more literate, I don’t see how that can be a bad thing. It’s a way of expanding literacy.”—Jenan Jones Benson