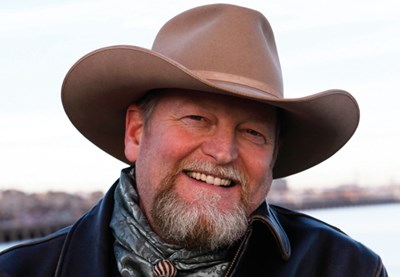 Hillerman said, "If you can get George Guidall, get him. He's about the best there is." The rest, as they say, is history. 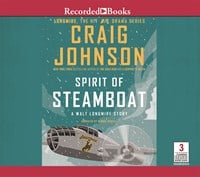 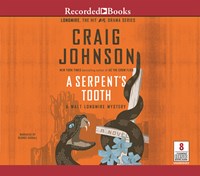 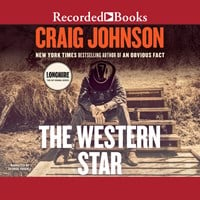 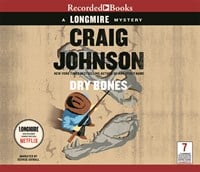 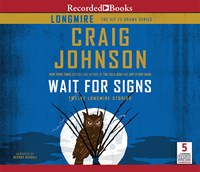 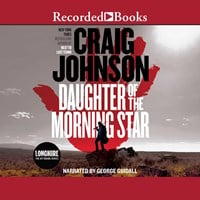 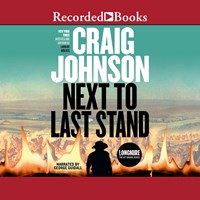 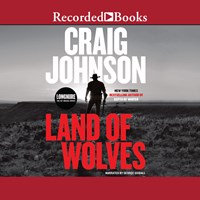 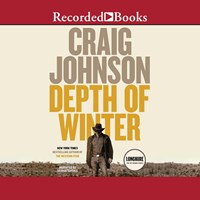 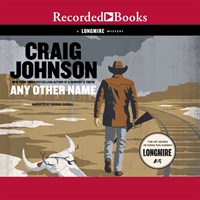 AudioFile caught up with Craig Johnson, Wyoming-based author of the bestselling Walt Longmire series, just before he was about to take off on his motorcycle to continue the book tour for his recently released novel, DRY BONES. After the Longmire books grew in popularity, Johnson began hearing from independent bookstores in small, out-of-the way places, asking when he could visit. “After about four years, in order not to disappoint, I started doing The Great North American Outlaw Motorcycle Tour,” he says. He allows two weeks for this tour. “But I’ve learned that after doing a month-long national tour, I need to give myself some time to get things done here at home, get squared away at the ranch, before I take off and go again.”

His ranch is on the Wyoming-Montana border, at the base of the Big Horn Mountains. “The ranch isn’t big by Wyoming standards. It’s only about 260 acres.” He says people laugh when he says that. “But there are ranches in Wyoming that are 20-30,000 thousand acres. Still, the ranch was a going concern there for a while, and then this catastrophe happened in my life! I published a whole series of books, and all of a sudden I was on the bestsellers list, and there were book tours. The ranching thing had to take a back seat.” He laughs.

Johnson doesn’t have a strict writing routine. “I’m a blue-collar kind of guy. The old saying is: ‘In ranching, animals come first.’ So I go down, square everything away at the barn, shovel it all out, which gives you plenty of time in your mind. And then I discuss with the horses what I’m going to write that day. They’re really good writing partners. They listen very intently but don’t offer any advice. Then I come back up, make a big pot of coffee, and start working.”

He listens to audiobooks all the time. “Whenever you live in a place like Wyoming, where you have six- and eight-hour drives to get from one spot to the next, you’re really looking for entertainment. There’s a real use for audiobooks out here in the West.” However, he says he would never in a million years narrate his own audiobook. “I wouldn’t put myself anywhere in the realm of George Guidall. George is a consummate performer who is also extraordinarily well prepared. When he sits down to start recording a book, he knows everything about that book. I’m really proud to have him.” How did he hear about the talented Guidall? At a dinner with the late author Tony Hillerman, when the subject of recording the Longmire series came up, Hillerman said, “If you can get George Guidall, get him. He’s about the best there is.” The rest, as they say, is history.

Longmire came to life as a reaction and a response to those “quick-solve” forensic shows on TV. When Johnson learned they weren’t being truthful about the amount of time it takes for test results to come back from a crime lab, he thought, “What if I wrote a book about the sheriff of the least populated county of the least populated state?” It forced him to deal more with character and place, “rather than all the whizz-bang technologies.” He also wanted to get away from the traditional crime fiction hero. “You know, 6’ 2” of twisted steel and sex appeal; every woman wanted him; every man feared him; he could kill anyone with a #2 Ticonderoga pencil in 3.2 seconds.” Longmire would be different. “Walt would be ‘over.’ Over age, overweight, overly depressed, dealing with a lot of the things real people do. He still gets up in the morning and tries to get the job done. To me, that’s true heroism.” Walt’s friendship with Henry Standing Bear came about because Johnson wanted to have two men who were emblematic of their separate cultures. “Literature, when it’s done well, gives us that ability to understand other people, how similar they are to ourselves when we finally get down to the point of understanding them.”

Is there a new book coming out? “There’s always a new book coming out,” Johnson laughs again. “I’m an indentured servant to a lot of corporations!” The working title is THE 1% SOLUTION. It takes place in northeastern Wyoming where, just across the border in Sturgess, South Dakota, the town is about to have the 75th anniversary of its motorcycle rally, and they’re expecting over a million bikers. Sounds like Walt’s going to have his hands full.

And as for Johnson’s Great North American Outlaw Motorcycle Tour? If it rains, he’s taking the Bronco.--S.J. Henschel