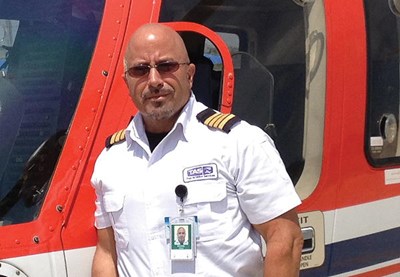 “I’m a wannabe theoretical physicist. I’m a believer in the universe, and I consume articles about new ideas in science.” 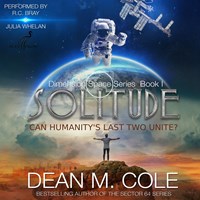 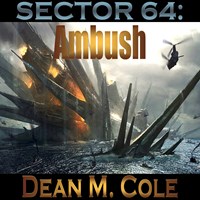 If Dean Cole’s writing about flying helicopters seems true, it’s with good reason. The award-winning science-fiction author of the Sector 54 series and the first book of the new Solitude series was a U.S. Army copter combat pilot during Desert Storm. He now is a commercial helicopter pilot.

The rest of the authoritative-sounding scientific writing in his books springs from Cole’s own imagination, stoked by his reading of everything he could find on the subject of space exploration and rocket science. “I’m a wannabe theoretical physicist. I’ve taken courses in the subject and read everything I could get my hands on. I’m a believer in the universe as envisioned by Stephen Hawking and Albert Einstein, and I consume articles about new ideas in science.”

The scientific explanations of the frightening events in SOLITUDE: Dimension Space, Book 1 and in his earlier Sector 64 series sound plausible enough to be scary. Cole’s descriptions of the inner workings at the NASA Glenn Research Center in Cleveland and the adjacent city airport in SOLITUDE are so perfect that some believe he’s an area native. “Actually, I’m not from the area, but I did lots of online research, including surfing satellite images of the base and the airport. I also had some help from a beta reader who was an astronaut candidate who worked at Glenn.”

His own experiences as a fighter pilot in Desert Storm give his work authenticity as well. “I’ve flown 8,000 hours in copters. After Desert Storm, I took 10 years off from flying and only returned to it in 2002, flying for oil companies in the Gulf of Mexico. Typically, I fly people out to the oil rigs in very high-tech $26-million copters.” When he’s not flying commercially, the author and his wife, Donna, travel the world exploring new lands and looking for inspiration. “I get six months off a year, and she gets two. So we’re on the road quite a bit.”

Cole first got bitten by the writing bug while working behind the scenes on the 1990 movie Fire Birds, which stars Nicolas Cage and Tommy Lee Jones. “Cage and Jones were so excited about flying copters that it stuck with me. When I was in Desert Storm, I wrote long letters to my family back home, and everyone complimented me on my writing. Later, I thought, ‘Writing a book can’t be that hard.’ But boy did I find out differently.”

His first novella, SECTOR 64: Coup de Main, was published independently in 2011, and it taught Cole some powerful lessons. “It was a horrible book,” he laughs. “It had a great story [about an alien invasion], but I didn’t know what I was doing and made quintessential errors--like the lack of editing. It got some good reviews, but the negative reviews made me realize what I had to do.” He made a lot of changes, including hiring an editor, and expanded the short work into the full-fledged novel that became SECTOR 64: Ambush. “I’ve tried to get back as many of the early editions as possible. I’m a big fan of audiobooks, so I was glad the new version was released that way.”

The first series was performed by Mike Ortego. His latest is performed by R.C. Bray and Julia Whelan. The next book will be performed by Bray alone. “It made sense to use a male and a female narrator for SOLITUDE because it tells the stories of two people in separate situations. The next book, which I hope to have out in 2018, has the characters together, and it would be complicated to have two narrators. Besides, I’ve told Bray he does a great female voice.”

His best advice to new writers? Easy--“get a good editor.”

“I look at my early work and cringe. Later, my editor made the process seamless.”--Michael Sangiacomo