"It matters so much, that one-to-one immediacy. I hear from many people who listen to my books in audio, and I think this book captures some of that immediacy. I think it's what gives this particular story its richness." 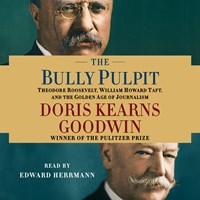 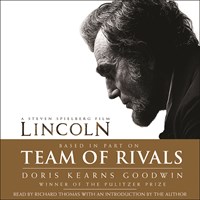 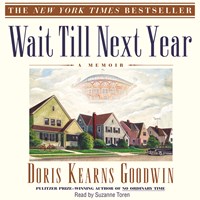 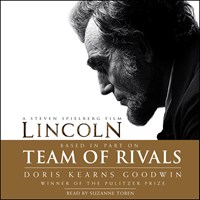 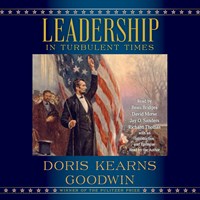 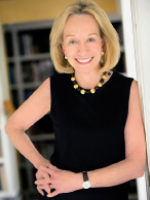 Doris Kearns Goodwin spoke with us by phone from Simon & Schuster Audio's offices in the midst of a crowded book tour. In the past three days she had appeared in Santa Barbara, San Francisco, Pasadena, and Portland, Maine. That evening she would appear in New York with Jeff Greenfield, and the next day she was scheduled at noon at the National Archives in Washington, D.C., and again at 7:00 that night at George Washington University.

The occasion was the publication of THE BULLY PULPIT, her panoramic history of the Progressive Era and the great activist journalists who propelled it. In the audio version, its 36 hours are read with consummate skill and effect by actor Edward Herrmann.

"The voices are what gave that era its distinctiveness," Goodwin agreed immediately, "and taken together, so many characters in this book--Theodore Roosevelt, Sam McClure, Ida Tarbell--each one speaks in a distinct way, and together they make up the voice of the book. In so many ways, this is a book suited for an audio--more than any other I've written. Their voices and their writing created the text of the time, and they were such good writers. They wrote things down in letters, in private journals; instead of paraphrasing, you can quote them so their voices truly come to life."

What's remarkable about Doris Kearns Goodwin is her level of verbal energy. She had any number of good things to say about her past audiobook experiences. She spoke in particular about why she leaves the abridgment of her books to the professionals, and about the joys of knowing and being read by Edward Herrmann. "The great thing has been that I've been lucky to have such good narrators," she said. "The only book I did myself was WAIT TILL NEXT YEAR, and the studio was right in my town. It was really fun to be able to work right there. But that's only possible when you can finish a book in time."

THE BULLY PULPIT, with its nearly 800 pages of text and its wide array of personalities, voices, and emotionally charged scenes, posed daunting challenges for a narrator. "I know Edward Herrmann from when he played Galileo in a play my husband wrote, in the Huntington Theater in Boston. And I know him from FRANKLIN AND ELEANOR and his reading of NO ORDINARY TIME. "He became a friend. He can do things I can't possibly do, change voice to tone. He even sounds tender at certain points, for Ida Tarbell in particular. It's a treat."

Of her current book, she says, "I do think that one of the challenges when you're telling the story of this era is to replicate a sense of oral storytelling, which was still meaningful at that time. When you write any book, you want it as much as possible to be a book in that tradition, giving that distinctive kind of voice. For writers and politicians of that time, you get as much from their writing, and the conversations they had. For example, Teddy Roosevelt sounds so different in his speeches--he had that fiery staccato language; Sam McClure had a breathless kind of energy. They're so different from Ida Tarbell, who could be the mother hen of the group and smooth things over.

"It matters so much," she says, "that one-to-one immediacy. I hear from many people who listen to my books in audio, and I think this book captures some of that immediacy. I think it's what gives this particular story its richness."--David A. Walton