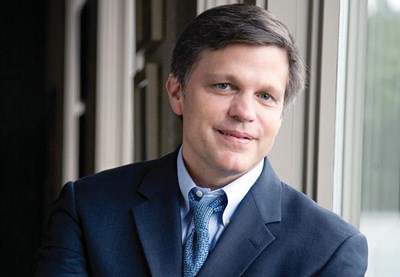 “The experience of doing audiobooks has been rewarding. I’ve learned how to be a better writer.” 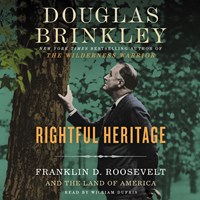 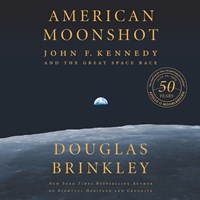 Author Douglas Brinkley believes a work of history should be long enough to tell the complete story. Ironically, it was his experience with the audio abridgment of one of his books that helped shape his writing style from that point on.

Brinkley’s most recent work, THE QUIET WORLD: SAVING ALASKA’S WILDERNESS KINGDOM, is the second volume in his series on the history of the American conservation movement. The next, SILENT SPRING REVOLUTION: JOHN F. KENNEDY, RACHEL CARSON, STEWART UDALL AND THE ENVIRONMENTAL MOVEMENT, 1961 to 1964, is due out next spring. It covers the period when the term “conservation” gets changed to “environmentalism.”

THE QUIET WORLD is 608 pages, and the next book will be of similar length. Brinkley admits that his propensity for length puts him at odds with many publishers. “I’m such a lover of the books I need to read to write my books. I like the books with the most detail. I like books crammed with facts. I don’t really want a 200-page biography of Edward R. Murrow. I want the thousand-pager.”

But that’s at odds with what many people want, he says, adding that Americans today live in an instant society. “It’s all about Twitter and USA Today, where they boil down the story.”

Brinkley thinks not only about today’s readers but also about those who will read his book generations from now, looking for the complete story. “It’s one of the reasons my conservation books THE WILDERNESS WARRIOR (about Theodore Roosevelt) and this one are fat. It would be easy to trim them down, but it’s in the details where so much of the actual history lies.”

Yet when he was working on the audio abridgment for THE GREAT DELUGE, about Hurricane Katrina, he learned invaluable lessons about writing. “If you read your own audiobook, you actually realize you didn’t do as good a job of crafting as you thought. Now I read each of my books out loud before I put the manuscript in print. By reading them out loud, you find out what’s wrong with the language, and it helps you crystallize things. So the experience of doing audiobooks has been rewarding. I’ve learned how to be a better writer.”

Brinkley’s love of history and the environment comes naturally. He grew up in Ohio, and both his parents were teachers. “We had a 24-foot Coachman trailer that was pulled by a Pontiac station wagon, and we would spend our summers on the road visiting national parks, monuments, state parks, and historic sites,” Brinkley says. “My father was the ringleader of these trips.”

His father also was a veteran of the Korean War and had been stationed in Alaska as a ski trooper. So as a child, Brinkley heard stories about Alaska. “Then I got to go visit in the early ’80s,” he said. “I fell in love with it, and I would try to go back as often as I could--to the point where I created an educational course called The Majic Bus in the 1990s. I would take college students on the road.

I had two buses that ran on natural gas. We went all the way up to Alaska and read books about Alaska, earning college credits while living on the road.”

In writing his wilderness series, Brinkley says he’s had to fight to include lesser-known figures. He cites his upcoming book as an example. “The name Stewart Udall makes publishers yawn. ‘Oh, Rachel Carson, yeah, she’s pretty big. John Kennedy, great! Why don’t you cut the name Stewart Udall? That’s like a loser.’ Well, the truth is that if I had to cut one of the three, he’s the one not to cut. He’s the change. He’s the one who did it all.”--Richard C. Gotshall