“I imagine very distinct voices for each of my characters...I don’t listen to my audios because I’m concerned that I would lose the voices I carry in my head.” 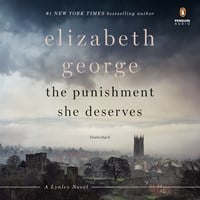 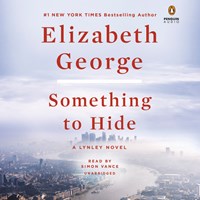 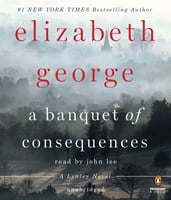 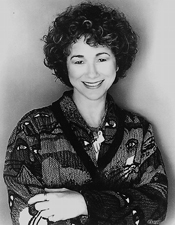 Elizabeth George never listens to her own works on audio. “I imagine very distinct voices for each of my characters,” she says, “especially that of Detective Inspector Thomas Lynley. Except for a brief excerpt by Derek Jacobi, I don’t listen to my audios because I’m concerned that I would lose the voices I carry in my head.”

An American who writes British mysteries, George has produced 10 novels, several of which have won prestigious literary awards. While her works are ostensibly police procedurals, they are so much more than that—featuring an ensemble of exceedingly well-developed characters from diverse social strata. Her first book, A GREAT DELIVERANCE, was honored with the Anthony and Agatha Best First Novel awards and received France’s Grand Prix de Litérature Policiére. The third in her series, WELL-SCHOOLED IN MURDER, won the prestigious German prize for mystery fiction, the MIMI. Seven of her works, including her latest, IN PURSUIT OF THE PROPER SINNER, have topped the bestseller lists.

George does listen to other people’s works on audio when taking long car trips. Noting California’s fierce traffic, she says, “I look for something that won’t be demanding of the reader in terms of complicated sentence structure.” In the past she has enjoyed Dick Francis, Larry McMurtry, Sue Grafton and Robert Creighton on audio. Recently she listened to John le Carré’s Single and Single, narrated by the author. “He’s amazing! He does all of the voices astonishingly well for someone who’s not an actor.”

The audio format works well for the drama and tension of mysteries, George notes. As for narrating one of her works herself, she says she’d “never be able to do a whole book.” Beyond that, her own books would be impossible for her because the characters speak with British accents. While she hears the accent in her imagination, “I can’t do one in real life.”

Even writing the dialogue of her characters requires much more than hearing a foreign accent. “The British have much different syntax than we Americans do—the way they put sentences together is more formal than our way.” (With respect to her series, she points to Barbara Havers as the character having the closest thing to American syntax.) The English also use contractions differently than we do, she points out. “We might say ‘you haven’t’ while they say ‘you’ve not.’” George familiarized herself with British speech patterns by traveling in England, reading lots of British novels and watching British TV.

Someone in George’s life is avidly listening to her works on audio—her mother. “She adores Donada Peters’s readings. She says she’s fabulous at doing all the voices.” — Elizabeth K. Dodge