"If I had my druthers, I’d wish television out of existence and return people to radio. I think listening to the spoken word and radio drama is a way of keeping the imagination fired up and alive." 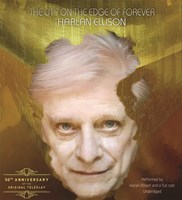 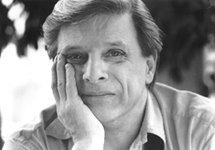 Writer Harlan Ellison has earned innumerable kudos and no little celebrity for his provocative fiction and outspoken public pronouncements, notably on TV’s “Politically Incorrect.” Prolific and versatile, he is perhaps best known for his science fiction. When he picked up two Audie Awards this spring, we learned that he has a particular fondness for audiobooks. We sent “Yurika!” columnist Yuri Rasovsky to investigate. He and Ellison are working together on BEYOND 2000, an upcoming dramatic series for National Public Radio and Dove Audio. But that’s not all . . .

AudioFile: What is HERC?
Ellison: The Harlan Ellison Recording Collection. I’m self-publishing tapes and CDs in which I read my own writings.

AudioFile: What gave you the idea of doing that?
Ellison: When I would speak at literature and writing classes, I was discovering that the teachers were inculcating the students in some sort of arcane interpretation of my stories. My mouth would always drop open, and I’d scratch my head because none of the things they talked about were in there. I realized I had to find a way to put out a “preferred text,” so that people would understand what I was saying on the printed page. I grew up on radio and I’d been an actor, so I started the collection to show how I interpret my own writing. It’s turned into a mom-and-pop operation.

AudioFile: Your wife, Susan, is helping you on this?
Ellison: Susan is the brains of the operation.

AudioFile: That goes without saying. You have something cooking with Dove Audio, too, don’t you?
Ellison: You mean BEYOND 2000?

AudioFile: Ahem! Modesty forbids that we discuss this project at any length.
Ellison: Okay. Well, apart from being the host of BEYOND 2000, I’m entering into a program at Dove of me reading many of my works in an open-ended number of volumes. We’re picking up some of the titles from the HERC and adding new stories that I’ve wanted to put on tape for a long time.

AudioFile: How does the Dove series differ from the HERC?
Ellison: HERC is a strictly limited-edition series available only by mail, and the Dove recordings will be widely available in stores.

AudioFile: From what I’ve heard, it’s obvious you really enjoy doing these tapes.
Ellison: More than I can say.

AudioFile: Would you call yourself a ham? A kosher ham?
Ellison: “Ham” is perhaps too noble a term for me. You know, I work in television and film—(sighs)—with a little bit of reluctance. I know those are the big media for the mass audience. But in truth, if I had my druthers, I’d wish television out of existence entirely as if it had never been and return people to radio. I think listening to the spoken word and radio drama is a way of keeping the imagination fired up and alive, as opposed to television, which, I think, dulls and desensitizes the imagination.

AudioFile: I take it then that you’re an audiobook consumer as well as a perpetrator.
Ellison: Absolutely.

AudioFile: What do you enjoy listening to most—aside from your own stuff, of course?
Ellison: That was an uncalled-for rudeness, but I’ll excuse it because you’re about to die by my hands very shortly. I guess I like audiobooks that are read by really fine English actors, actors who have a precise command of the language and who speak with a rolling resonance. That’s one of my pleasures. Another is listening to older recordings of people who were in radio during the time of “Lights Out” and “Quiet Please” and “The Mysterious Traveler,” who understood that the timbre of one’s voice matters. They spoke with precision and great passion, and it’s a wonder to hear them. I also like to listen to very dark mystery novels —hard-boiled, “noir” kinds of things— done by readers who know how to speak in that way without sounding terribly affected.

AudioFile: I think, monsieur, that we have enough for our article.
Ellison: You know, I turn 65 next Thursday, so this is the last interview of my adolescence.

AudioFile: Well, have a nice trip.