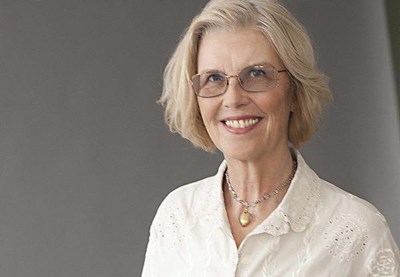 “From a writer’s point of view, all characters, if they are interesting, are fun. Even characters I would find taxing to be with in real life, I don’t mind being with in a book.” 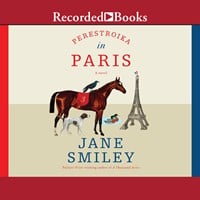 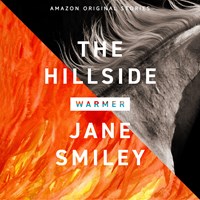 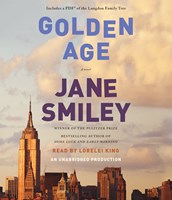 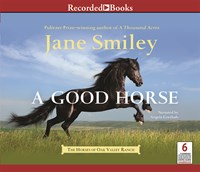 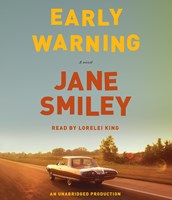 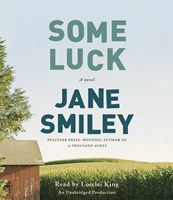 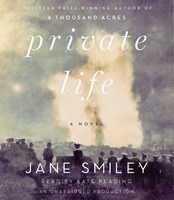 Have you heard that TEN DAYS IN THE HILLS by Pulitzer Prize-winning author Jane Smiley is about sex? Of course you have. Every reviewer says so. A Boston radio interviewer even asked her how she could describe so many different sexual encounters. How, he wanted to know, had she done her research?

Reached at home in California, Smiley laughed and groaned as she considered the situation. She thought that she was writing a book about love. “My idea about love is that it includes sexual relationships. I wasn’t focusing on sex in and of itself but on sexual relationships that express the nature of the love that people feel for one another.” Her book was inspired by Boccaccio’s fourteenth-century classic, THE DECAMERON, which Smiley read after 9/11 temporarily stoppered her creative juices. In it, a group of people tell each other stories while waiting out the plague in the hills above Florence.

In Smiley’s version, set in the Hollywood Hills in 2003, the plague is the Iraq War, and most of the storytellers work in the movie business. They are fascinating and infuriating characters, and so authentic that readers often react to them as if they were members of their own families.

“That’s great,” delights Smiley. “Families are like that. They drive you crazy; then you suddenly hear something and think, ‘Wow, that’s really interesting.’”

“Were you ever frustrated with them?”

“No. From a writer’s point of view, all characters, if they are interesting, are fun. Even characters I would find taxing to be with in real life, I don’t mind being with in a book. Once they are talking, I can get along with them in some way.”

In between the love and sex, these characters do talk, about the Iraq War, global warming, movies, and a myriad of other topics. A book full of talk is well suited to audio. Smiley hasn’t yet heard Suzanne Toren’s narration but anticipates doing so. Narrators often enhance a story, she says. In fact, the narrator of her last novel, HORSE HEAVEN , read the book so well that Smiley “laughed and laughed” at all jokes, despite knowing them by heart. TEN DAYS is funny also, despite its preoccupation with global catastrophe.

And it is hopeful. Smiley says, “There’s always a chance to learn from our stories. A hope that someone in the future will say, ‘Well, it didn’t work in the Crimea, didn’t work in Vietnam, didn’t work in Iraq, maybe I should pause and think before I try to make such a war work again.’ It doesn’t necessarily mean they will--” she dissolves into rueful laughter, “but there’s a chance.”

Whether or not that happens, Smiley says that the movies, music, novels, and art that fill the pages of TEN DAYS IN THE HILLS are a lasting source of optimism. They have, she explains, “survived from their own time to our time through some effort of preservation on the part of a line of people.” That is hopeful. Their age demonstrates that life goes on. That, too, is hopeful.

“One of the things that I truly loved about this novel,” says Smiley, “was that it reminded me of what art does. The great thing about The Decameron is that it beat the Black Death. The Black Death came and went, but THE DECAMERON came and stayed. So you can make of that what you will. But in the end, that’s a source of the hope.”--Aurelia C. Scott