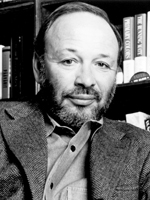 Having made a name for himself as a political pundit and biographer, Joe Klein jettisoned that name in 1998 and wrote a novel about Bill Clinton bylined Anonymous. Nobody but Klein, and his wife and agent, knew that he was writing the book. Not even the book’s editor knew who Anonymous was.

As interest in this insider’s look at the presidency grew, there was fevered speculation as to the identity of the author. The narrator is a black man, and the Joe Klein character, when he appears in the book, is described in unflattering terms: he looked as if he had been dressed by his mother. When questioned directly, Klein denied authorship. It was a practical joke, and you can’t let the audience in on a practical joke. When a language specialist outed him, some people were not amused. By that time though, PRIMARY COLORS was a huge bestseller—“one of the most popular political books ever written,” according to CNN. Mike Nichols directed the movie.

Having covered politics for NEW YORK MAGAZINE, NEWSWEEK, and THE NEW YORKER, Klein is now the senior political columnist for TIME magazine. He’s published five books, but his latest, POLITICS LOST, is the first he’s recorded. “It was a level of intimacy with my own work that I hadn’t experienced before,” he said, laughing, when interviewed. “I was kind of shocked by how much I enjoyed doing it. I’ve done TV scripts and radio, but this was really a different experience. There’s a rhythmic quality to my writing that I kind of thought was there.”

Klein speculates that his appreciation of the sound of his prose might grow from the fact that he learned to read music before he learned to read words. “My grandfather was a professional musician. We grew up in their house. He played drums. He was also a songwriter and played piano. And my mother and my aunts all played. When I survived scarlet fever at the age of 4, they bought me an accordion. And my grandfather, one of the last things he did was to teach me how to play the accordion and read music.”

While Klein’s political positions are clear and clearly revealed, POLITICS LOST avoids rancor. “I am so f—king sick of all the anger that’s associated with politics. This comes from the Right and the Left. There are all these blog nuts who attack me every week. It’s dumb and it’s boring. There’s nothing new or insightful. Cynicism is what passes for insight among the mediocre.

“I learned so much about politics writing this book. I’ve been covering politics for 35 years. The book forced me to see campaigns through the eyes of consultants. It forced me to look at politics in a different way than I ever had before and understand a lot more about how things are structured and how politicians go off course. And I think I explained something that no one has ever explained before, which is how Republicans do it differently. And why they are so much better at it.”—Benjamin Cheever