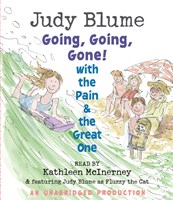 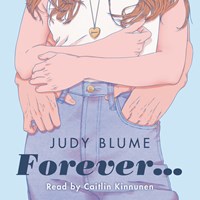 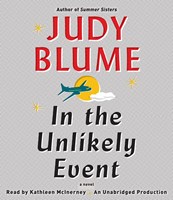 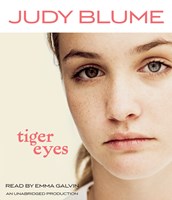 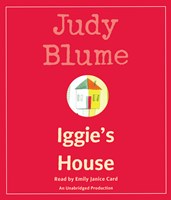 In August 1998, AudioFile spoke with Judy Blume after the publication of her first adult novel SUMMER SISTERS. In 2015 Blume published her second adult novel, IN THE UNLIKELY EVENT.

Judy Blume has written numerous books in which she expresses the certainties and uncertainties of childhood and adolescence with wit, understanding and sympathy. . . . Every bit of the warmth, humor and insightfulness of her writing comes across in her reading.”

This quote from AudioFile’s review of OTHERWISE KNOWN AS SHEILA THE GREAT, recorded for Listening Library by Blume, notes the author’s abilities to convey her work in both written and oral form. She’s received kudos for this work, as well as for other audio titles, including TALES OF A FOURTH GRADE NOTHING, SUPERFUDGE and FUDGE-A-MANIA (all Listening Library). But Blume’s experience with her new bestseller was very different.

SUMMER SISTERS is Blume’s first adult novel in 10 years. The audiobook version (Simon & Schuster Audio) departs from her norm in two ways: It’s read by Annabeth Gish, not by the author, and it’s abridged.

“The new audiobook is a real disappointment to me,” said Blume after returning from a hugely successful book tour for SUMMER SISTERS. “Until now, all of my audiobooks were children’s books, and all were unabridged.” When Blume was shown the adaptation for SUMMER SISTERS, she was distraught. She hadn’t realized how much would need to be eliminated to winnow down to a three-hour program. “The abridgment was very jarring. There is just no way you can take a 400-page book and abridge it by two-thirds. What you have left is nothing, really nothing.” At first, Blume wanted to cancel the entire project, but she softened when encouraged to work with the producer and abridger on a revision, which was finally accepted.

“I have only myself to be angry with; I should have taken a stand.” Blume noted a recent interview in Publishers Weekly in which Stephen King called on authors to take a stand against abridging and simply not allow it. Blume says she wishes she’d seen the article before committing to the project.

Realizing how much difference a narrator can make, Blume says she would have liked to have read SUMMER SISTERS herself. Although she’s recorded four of her children’s titles, she admires the performances of other narrators more than her own. “I listened to Stockard Channing’s readings of RAMONA by Beverly Cleary in preparation for the first time I was to read. She was so wonderful. I wanted her to read everything I had ever written.” Blume had the opportunity to help select the narrator for her novel ARE YOU THERE GOD? IT’S ME, MARGARET. Blume met Laura Hamilton when the actress had had to stand in for Blume at an ACLU benefit where the author was to read. A vocal cord infection had left Blume with little more than a whisper, so Hamilton stood beside her to do the reading from Deenie. When Blume had the opportunity to consider prospective narrators for Margaret, she suggested Hamilton. Blume was very pleased with the outcome as was our AudioFile reviewer, who said, “This production is a perfect match of author and narrator.”