"My father was always telling stories when I was growing up. It was how we all learned about the past and how we planned for the future. Now, my own book is part of that oral tradition, accessible to everyone." 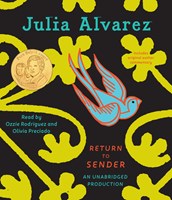 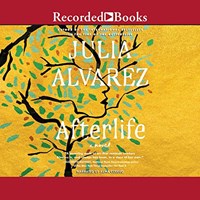 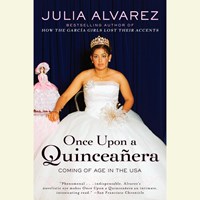 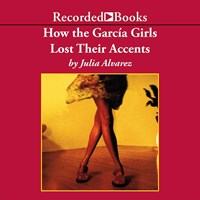 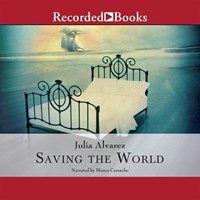 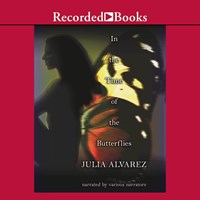 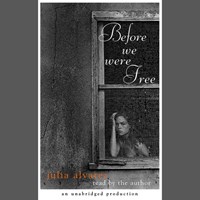 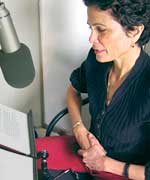 "Oh, I didn’t want to do it!" says Julia Alvarez, mock pain coloring her warm, Spanish-inflected voice. "When they said that I should narrate the BEFORE WE WERE FREE audiobook, I said, ‘No, no! An actress can do it. I’ll just stumble, groan, and want to change every word!’"

Wrong on each count. She did narrate the audiobook. She didn’t stumble. She never groaned. And she only cried once.

"I told the producer, ‘I always cry at this chapter!’ and sure enough, when it came along, I did."

No matter. As she read the work aloud, Alvarez discovered that BEFORE WE WERE FREE is "the closest of all my books to the ideal that I had when I wrote it." Pride and awe mingle in her suddenly hushed voice as she adds, "It is my best work."

Alvarez, a Writer-in-Residence at Middlebury College, was well known for her poignant and humorous poetry, books, and essays about Latina women and their men before she decided to address political history in BEFORE WE WERE FREE. "My family escaped the Dominican Republic and Rafael Trujillo’s brutal dictatorship in the 1950s and came to America. But many did not. I wanted young people to know what life was like in our country for the families who stayed." The story is told in the form of a diary kept by a young girl. "It’s not reportage. It is truth according to character," Alvarez explains.

The title is being marketed as a Young Adult novel, but Alvarez says, "I tell people that Young Adult books are for ‘young readers of all ages.’ I just write the books that come to me. It’s the publisher who decides how they should be marketed."

She adds that over the years, she herself avoided the Young Adult area of the library. But then I discovered that it’s full of wonderful books!" Those include wonderfully accessible "how-to" books that Alvarez uses for research. "If a character is going to sail a small boat, I don’t need a complicated 300-page tome. I just need a simple explanation of how a sailboat works. I find it in the Young Adult Section."

Storytelling is important in Alvarez’s family, so the fact that this personally felt book is now an audiobook pleases her particularly. "My father was always telling stories when I was growing up. It was how we all learned about the past and how we planned for the future. Now, my own book is part of that oral tradition, accessible to everyone."

With a laugh in her voice, Alvarez adds that, anyway, she just loves audiobooks. "I listened to audiobooks as I drove from place to place during this last book tour. I have to admit that I lost track of the plots when I was following road signs, but in between the audiobooks kept me company.

On a recent trip, Alvarez even found a Spanish language audiobook of Dante’s DIVINE COMEDY as a gift for her father. "He loves LA DIVINA COMEDIA but his eyes aren’t as good for reading as they once were. This will be perfect."—Aurelia C. Scott