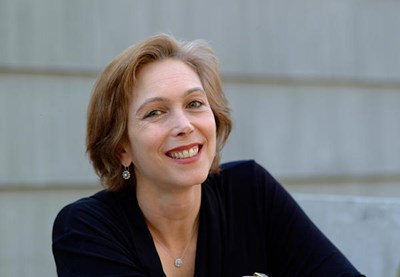 “The way in which the story is told should be as important as the story that’s being told, and ideally, they converge.”

A dedicated poet/novelist, Katherine Mosby, author of the critically acclaimed first novel Private Altars and a book of poetry, The Book of Uncommon Prayer, agonizes over getting the sounds in her writing just right. “The only way that I know how to do it is to read it out loud, to go sentence by sentence and to savor it, to weigh the words and see how they scan and think about the impression they’re making musically.” She admits she might like to read one of her own books for audio since she knows the work best. “I know how to shape the lines as close to the way they were intended as anyone else would.”

While she recognizes the high quality of professional narration available for audiobooks, Mosby hasn’t listened to the unabridged audio version of her newest novel, The Season of Lillian Dawes. She’s just a bit afraid to hear one of her own books read. She worries that a reader might mispronounce a character’s name or in some way alter the way she heard a scene in her mind. For Mosby, “the way in which the story is told should be as important as the story that’s being told, and ideally, they converge.”

Mosby admits that she’s never had the pleasure of listening to a full-length audiobook. If she were to incorporate audiobooks into her life, Mosby confides, it would be at night, as a bedtime ritual. “I remember from my childhood, I had records and I loved them! I had a Carol Channing recording of Oscar Wilde short stories.”

When she was contacted that her book had been selected for audio, she was surprised. She had been under the impression that audiobooks are mostly commercial fiction. “They don’t want my book. They want mysteries and thrillers.” She realizes that isn’t true any longer. “Audiobooks have undergone a huge growth, and it’s just a matter of waiting until the public catches up with the fact that the menu is much wider—that they can accommodate pretty much all of the reading public, not just a particular demographic.”—S.J. Henschel