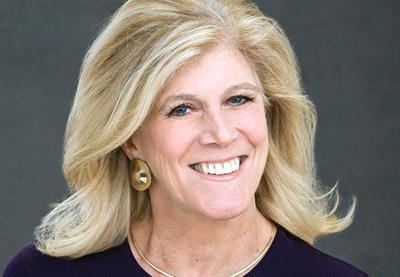 “I like the oral tradition. I like writing for both the eye and the ear. The sound of somebody reading to us is just a great thing. I love it." 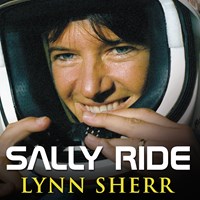 As Lynn Sherr, the longtime ABC News correspondent, was writing SALLY RIDE: AMERICA’S FIRST WOMAN IN SPACE, she stopped periodically to read every word aloud to herself. She does that with everything she writes.

“I like the oral tradition. I like writing for both the eye and the ear,” she says. She also wanted to make sure that she not only quoted each of the 200 people she interviewed accurately but also that she captured “the cadence of the person’s voice.” She had recorded her interviews and transcribed each herself, listening carefully to both the words and their rhythms. “I care a lot about that.”

Sherr didn’t get to narrate the audiobook herself but was given a choice of narrators. She selected Pam Ward because Ward’s voice “has authority,” which she believes the material requires--and because it’s the kind of voice Sherr, an award-winning broadcaster and outspoken feminist, also has. Sherr was friends with Ride for more than 30 years, ever since they met in 1981. “I was asked to do a feature on the so-called new breed of astronauts, who were minorities and females. She and I really hit it off during that first interview. She admitted that the Women’s Movement got her the job. She was forthright and direct.” Ride was also “so much fun. She was mischievous, playful, and smart.” They got together often.

So imagine Sherr’s surprise when she read toward the end of a long obituary for Ride, who died of pancreatic cancer in 2012 at age 61, that she was “survived by her partner of 27 years, Tam O’Shaughnessy.” Sherr had not known of Ride’s relationship with a woman, and neither had most other people who knew her. “At first I was kind of upset. I was troubled that I didn’t know. I felt, ‘How dare you?’ Then I stepped back, thinking, you get to do it the way you want to do it. In many areas, you get to write your own rules. I was just sad I couldn’t share it with them.”

Within a couple of days, she received, through her literary agent, Esther Newberg, a request from O’Shaughnessy to write a full, nuanced biography of Ride. Sherr had earlier recommended Newberg as an agent for Ride, who wrote six science books for children. Ride, who had a Ph.D. in astrophysics from Stanford, also founded a company to increase children’s, especially girls’, interest in science. She often said, “We need to make science cool again.”

Sherr was given exclusive interview access to O’Shaughnessy, to Ride’s mother and sister, and to Steven Hawley, a fellow astronaut to whom Ride was married from 1982 to 1987. “Steve is a close friend of mine, and there were some awkward moments, but it could have been more awkward if I didn’t know him,” Sherr says. “Steve said it was a perfectly normal marriage, so I assume Sally was just figuring out her way. That was the way she felt at the time.” In the book, O’Shaughnessy says that Ride didn’t want to be defined by a gender label.

The partners enjoyed reading aloud to each other in their living room, Sherr says. “Sally had a nice low voice. Tam’s is very strong. They liked the sound of each other’s voice.” Did they also listen to audiobooks? Sherr didn’t know but sent an email to O’Shaughnessy during the AudioFile interview. A reply came back swiftly: Yes, they listened to audiobooks together, too. Those that O’Shaughnessy remembered were Sherlock Holmes, THE BEST EXOTIC MARIGOLD HOTEL, and THE WAR OF THE WORLDS.

Sherr was delighted with this news, which reflects her own affinity. “I love listening to audiobooks. You could say I was an early adapter.” Though she lives in Manhattan, she has a car, which she often uses to visit her children and grandchildren or for other reasons. “I almost always have an audiobook on. I prefer nonfiction. I find that if I listen to fiction, I get a little too involved and might drive off the road.” She was particularly taken with the Ride and O’Shaughnessy’s shared listening and reading-aloud habits. “The sound of somebody reading to us is just a great thing. I love it.”--Aileen Jacobson