"Using humor makes it possible for everyone to learn the secrets of punctuation without feeling threatened.” 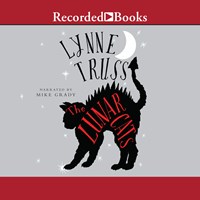 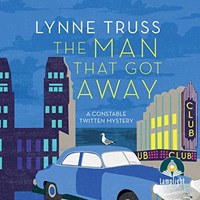 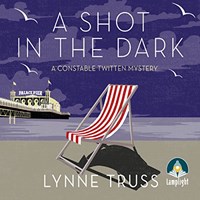 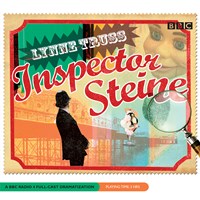 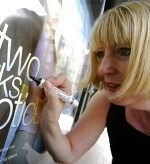 Lynne Truss says that people who care about grammar are generally thought “to have no sense of humor and to be hell to live with.” But if the author of EATS, SHOOTS & LEAVES has her way, all of us will soon be able to use a semicolon correctly without feeling that we have become nigglers. In fact, says Truss, “Loving precise grammar may even make you a good person.”

Whether analyzing the anthropological aspects of a soccer match—“there’s an enormous amount that happens at sports events that traditional sports writers don’t touch”—or critiquing an avant-garde production of HENRY IV, Truss has always loved words. And she loves the little black marks that allow us to give meaning to groups of words. Consider, she says, these two sentences:

“A woman, without her man, is nothing.”

“A woman: without her, man is nothing.”

Despite her passion for grammar, Truss didn’t consider writing about punctuation until an independent radio producer called several years ago. The producer persuaded Truss to bring her comedic instincts to an evidently mundane topic.

Thus, in Eats, Shoots & Leaves we meet members of a grammar-impassioned third grade. “A comma is a small, upside-down, black, banana shape,” explains one 8-year-old. Says another, “A comma is a pause, to make the sentence more exciting.” That might explain the thought behind one of Truss’s favorite signs, which reads: BOB,S PETS.

We also take a walking tour through London with a fellow from the Apostrophe Protection Society. (Yes, truly.) The poor man is stricken by the incorrect use of apostrophes on public signs, such as: “Fresh Tomato’s,” or “CD’s for Sale.”

“We wanted to take something that is very familiar and make people see it afresh. Using humor makes it possible for everyone to learn the secrets of punctuation without feeling threatened.” And, she adds, “It takes precise punctuation away from mean-minded people.”

Truss, who spends so much time working with the spoken word, is also a fan of audiobooks. She used to listen in bed until she realized that she was “listening to the first half of the same book over and over.” Now she listens in the car to what she describes as “those marvelous big unabridged ones. They’re just phenomenal.”

“Some writers, like Thomas Hardy, are improved by being read aloud,” says Truss. “When you’re reading the book, you think, ‘Oh dear, a bit of description; I won’t read this bit.’  But when you have to listen, you understand his vision. It’s a good corrective to all the slap-dash reading one did early on.”

Speaking of books, does punctuation affect how she responds to the books that she reviews?

“Well, of course, I try not to let it.” She laughs. “But I must say that I reviewed a book several years ago that was about a woman writer getting a divorce from her husband, who was also a writer. It wasn’t just the punctuation that annoyed me, but I did actually say in the review that, in the end, the husband got custody of the commas.”—Aurelia C. Scott