“Audiobooks are terrific. A lot of people wouldn’t read otherwise because they have limited time. I think the growth of audiobooks is a wonderful trend because busy people can enjoy books that way.” 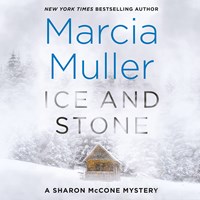 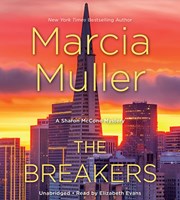 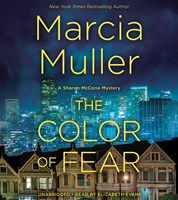 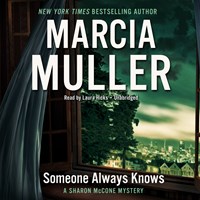 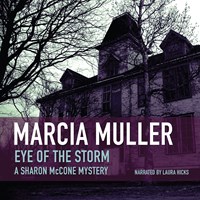 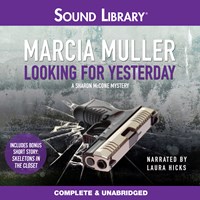 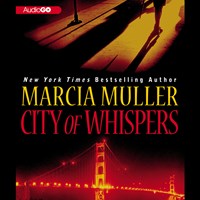 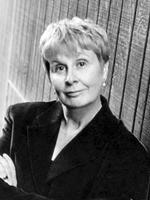 “My father was a great storyteller,” Marcia Muller told us from her home in California’s Sonoma County. “Every evening he would tell me a story when I went to bed. He’d make up fantastic stuff. He would act out different roles—it was really funny.” It was this early love of stories, and her experience listening to them, that helped the Anthony and Shamus Award-winning Mystery Grandmaster learn to structure stories and keep them moving.

Muller’s books include 24 novels featuring private eye Sharon McCone, three books about museum director Elena Oliverez, three featuring art security expert Joanna Stark, and three novels in her Soledad County series. Muller is credited as being the founder of the female private eye subgenre, beginning with her 1977 novel, EDWIN OF THE IRON SHOES. She is also the editor of numerous anthologies, has written five volumes of short stories, and has collaborated on several books with her husband, Bill Pronzini, author of the acclaimed “Nameless” detective series.

Muller enjoys a close relationship with Brilliance Audio and Books on Tape. “Sometimes they’ll ask me to read the script for the abridged version of one of my books to make sure it makes sense. Every now and then I find something left over from a subplot they’ve taken out.”

A creative trend in audiobooks that interests Muller is the use of multiple narrators. Her Soledad County novels involve entire communities and feature several protagonists. For each of these novels, Brilliance had two narrators, a male and a female, read the various sections. “That seems to work very well,” Muller said. “In the last one, CAPE PERDIDO, there were four viewpoint characters—two male and two female—and it really differentiated them.” Ray Gautreau and Laural Merlington read POINT DECEPTION (2001), Sandra Burr and J. Charles read CYANIDE WELLS (2003), and CAPE PERDIDO (2003) was narrated by Dick Hill and Joyce Bean.

While Bernadette Dunne has narrated 18 Marcia Muller titles for Books on Tape, Brilliance has enlisted the talents of Jean Reed-Bahle, Kathy Garver, and Joyce Bean. The most recent narrator to take on Muller’s characters is Susan Ericksen, who did the two latest Sharon McCone novels, DANGEROUS HOUR (2004) and VANISHING POINT (2006). “She did a wonderful job,” Muller noted.

While known primarily for her novels, Muller is also an accomplished short story writer. Her stories have appeared in a number of audiobook anthologies, including the private eye collection BLONDE AND BLUE (Phoenix Audio). “I’ve listened to them and liked what’s been done,” she told us. Regarding the advantage of putting short fiction on audio, she added, “You can listen to a story in one sitting, which is really good because of people’s limited time these days. You’re driving along, commuting to work, and you may not want to leave off on a book. But you can listen to an entire short story.

“Audiobooks are terrific. A lot of people wouldn’t read otherwise because they have limited time. I think the growth of audiobooks is a wonderful trend because busy people can enjoy books that way.”—Steven Steinbock