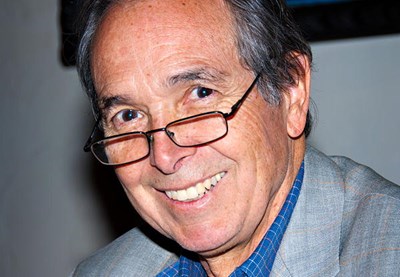 "I prefer finding myself swept away by an idea than calculating it. If you’re calculating it, you’re manufacturing the book. I like not knowing what’s going on or why I’m attracted to it." 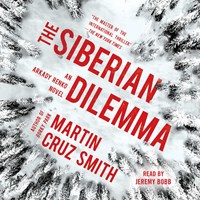 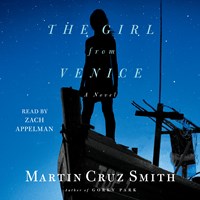 Martin Cruz Smith had no intention of writing about Chernobyl when he began WOLVES EAT DOGS , his latest Arkady Renko epic, a couple of years ago—more than 15 years after the 1986 nuclear disaster in the Soviet Union. But then a light went on in his mind, and he began focusing on the incident and was swept away.

"I much prefer finding myself swept away by an idea than calculating it," he explains. "If you’re calculating it, then you’ve put all your dots in place and then connected them. You’re manufacturing the book. I like not knowing what’s going on—or even why I’m so attracted to it."

Smith, once an author of paperback mysteries and Westerns under such pseudonyms as Simon Quinn and Jake Logan, spent nearly a decade, off and on, writing GORKY PARK, the book that introduced Moscow homicide detective Renko—and, in terms of serious public adulation, Smith—to readers in 1981. GORKY PARK’s enticing hook was that the author approached the subject of Russia from within. "There was the common wisdom, the common approach, that we were the good guys and they were the bad guys, and this was so simplistic. It astounded me. Once you spend time with Russians, you discover fairly quickly that there are two very different people in every Russian—the public person and the private person. If you can get to the private person, then you probably have a very good friend. And I had Russian friends who put their lives on hold to help me produce a good book."

The writer has been blessed with commanding actors as narrators of his books, including Stephen Lang and John Slattery. But for him, the jury is still out on those audio versions.

"I’m sent the script, and it drives me crazy," he explains. "I remember that in Rose there was a dinner scene in a room lined with cannel—jet stone. It’s a striking scene, with six or seven people who are there for a reason. In the abridged version, there are two or three. It just drives me crazy to see the shading eliminated. If you eliminate the secondary characters, who are often there to provide humor, you’ve changed the entire balance of the book—taking the warmth out of it. But in general, people have complimented me on the audio versions, as if I had anything to do with them. They seem to get a good enough experience and think the readings are really well done. So my point of view may be askew in a way."

Place him at a distance from his own titles, and he softens. "I drive sometimes from San Francisco to LA and back and listen to them. Some are wonderful, like Peter Riegert reading Raymond Carver’s short stories—which are read in toto. And David Sedaris reading his own material is pretty wonderful."

Smith has a couple of other, non-Renko, books in the mix, but his publisher wants another featuring his somber hero. "I think I can do another with a good deal of interest because there’s a question of where the power is landing right now in Moscow. It’s a game of musical chairs in the dark, and for an American author to tackle it is probably really dumb! But I’ve got a Venice story and a Paris story, and these stories are sort of unhappy with me. They want to get on the bus and come along."—Michael J. Bandler