“If I talk honestly about my struggles, then perhaps people will feel less damaged and more connected to other people.” 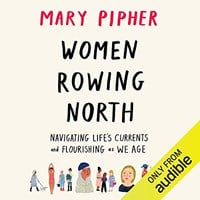 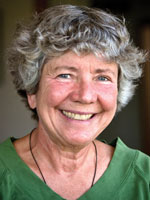 Mary Pipher was a college professor, psychotherapist, and community activist in 1994 when Reviving Ophelia, her bestseller on the needs of adolescent girls, made her a national celebrity. The psychologist and humanitarian went on to write similar books on the needs of refugees, the elderly, and families--all well-regarded and compassionate volumes that focus on other people and share a common methodology. “Most of what I’ve done,” Pipher says, “is try to be a really good listener to a demographic group. And then when I really feel like I have a sense for that population, I try to integrate that information in a way that allows other people to have a sense of them, care about them, and want to act on their behalf.”

Pipher’s latest book is different. With a subtitle taken from an observation by her psychotherapist husband, SEEKING PEACE: CHRONICLES OF THE WORST BUDDHIST IN THE WORLD is a candid account of Mary’s lifelong efforts to be useful to people without being unkind to herself. In it, she traces her path from her childhood in rural Missouri and Colorado to college in California, graduate school, and raising a family in Nebraska. She also discusses the period of her life when the unexpected success of REVIVING OPHELIA cranked up the demands she pressured herself to meet. “I felt that I alone of all humans was not entitled to mercy.” On top of her other responsibilities, endless book tours and isolating speaking engagements led to depression and physical symptoms. She had no choice but to make some adjustments in what she expected of herself. “The main thing that has been useful to me is the ability to pause before I jump in and start improving a situation, an ability to step back and realize I don’t have to take responsibility for this room full of people.” This shift actually allowed her to be more helpful. “When I was able to soften up on myself, I could pay more attention to the real feedback you get from people about what they want and don’t want from you.”

Noting the importance of biographies and memoirs in her own growth, Pipher says she hopes her story will promote more empathy regarding life’s emotional issues. She sees it as an “expansion of the container” we build to understand ourselves. “If I talk honestly about my struggles, then perhaps people will feel less damaged and more connected to other people.” This kind of emotional honesty, she adds, has rarely been found in past generations. “There was a kind of cultural ineptitude and a cultural fear of engaging on the level of how I feel about you, how you feel about me, how I feel inside myself.”

Even though she’s grounded as an author and member of her family and community, Mary Pipher says she’ll always be making adjustments in her life. When she travels to give keynote addresses (she doesn’t do book tours anymore), she enjoys the outdoors with her husband, Jim. “I’ve got three little grandkids and another one on the way, and I’m very happily ensconced in a community I’ve lived in for 30 years.” She still teaches at the university and serves on boards that address poverty and other issues in her town. “As someone who finds great fulfillment in helping people, I’m probably doing more than I did before because it isn’t wearing me out.”--Thomas Walken