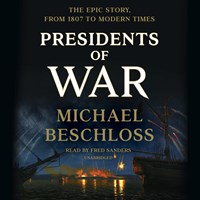 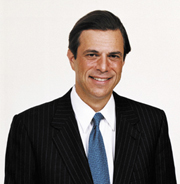 Michael Beschloss, author and reader of THE CONQUERORS, doesn’t listen to many audiobooks.

But that doesn’t mean he doesn’t like them. “You have to understand something about living in Washington,” he says. “It’s really a very small town to get around in. Commuting is much shorter living in D.C. It’s only four blocks to our kids’ school. It’s not exactly a good distance for popping in a cassette and listening to something.”

He does enjoy listening when driving long distances. His preferences are history. He enjoyed listening to David Herbert Donald’s LINCOLN and President Jimmy Carter reading his memoir, AN HOUR BEFORE DAYLIGHT.

Beschloss is not new to audio. He does the introductions to passages in his audio work of the tapes of President Lyndon Johnson. He also is host and narrator for the PBS series on the first ladies. But reading his own book was quite different. He called his work on “First Ladies” a sprint as compared to the marathon of recording THE CONQUERORS, which took 20 hours over 4 days of recording. “It takes different artistic skills to read a book. You don’t want to be overly dramatic. But if you just use a consistent tone all through, it doesn’t do justice to the author, whoever he is.” The German names in the book posed a problem. “I could do them in German and not be understood. Or I could do them in my native Illinois accent and insult the German speakers. So I split the difference.”

While Simon & Schuster produced the script of the abridgment, there often were changes made as Beschloss read, partly because of the way it sounded and partly for content reasons. “By the end of the process, I felt it was good I was doing the work myself. I knew what needed to be there.”—Richard C. Gotshall