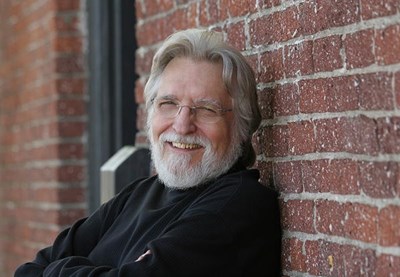 Few modern writers have had more influence on popular thinking about God than Neale Donald Walsch. CONVERSATIONS WITH GOD, Books 1, 2 and 3, published in 26 countries, reveal a God who is loving, knowable, understanding of our weaknesses, and, most important, easy to talk with. Walsch’s dialogue started during a time in his life when accumulated losses and failures made him want to “leave this planet.” In soul-searching anguish at 4:15 one morning, he started writing “How do you make life work? What have I done to deserve such continuing struggle?” To his surprise, his pen started writing answers that he grew to understand were from God and destined to be shared with the world.

By the time the books became popular and audio publishers started making proposals, Walsch had made up his mind about the CWG audios: God’s voice would be male and female, and there would be no abridging the material. “You have to understand that I spent 25 years in broadcasting, so I didn’t need a whole lot of production suggestions.” But the publishers were adamant, even “huffy” in one instance—“No, no, no, you’re not doing it right, it wouldn’t work that way, that’s not how it’s done”—until, finally, John Hunt of Audio Literature came along. “He gave me complete creative control over how it was going to be done.”

The Book 1 audio was pieced together from recordings Walsch made with Ed Asner in Los Angeles and, via satellite, Ellen Burstyn in New York. But by Book 3, the group had decided to read in the same room in real time, which Walsch said improved the quality of the recordings. “We’re great friends, so if something didn’t sound right to one of us, we’d just lay it down a second time a different way and give the producer his choice.” There was also an individual learning curve for the author: “On the first couple of readings I sounded too controlled, like ‘Here’s Neale in the studio', so on later tapes I tried to be a little more informal . . . to fall back on more of an authentic, conversational tone.”

Was his reading influenced by the importance of the material or how it would impact his audience? “I wasn’t thinking in those terms or about demographics; I just tried to pay attention to how I was feeling. I don’t write for an audience and don’t record for an audience because if I’m genuine and enjoy what I’m doing, there’s a transmittable energy. Of course, I have much more feeling reading material like this—there’s a deeper stirring in the soul than when you’re reading a commercial for Ipana toothpaste. Plus I was in a room with two people who were reading not just as a professional job, but out of conviction and agreement with the material itself.”

Though Walsch clearly calls his own shots when he’s recording, he speaks more tenderly when talking about another source of influence, who was in the engineer’s booth for every session—his wife, Nancy. “She’s very wise about how it’s supposed to sound and what it says, and she’d say, ‘I think you need to slow down’ or ‘You’re trying to be too cute with it.’ She’s very deeply connected to the material and, let me tell you, I listen to my wife.”

He also speaks softly and more compassionately about why his work is so popular: “Because the world is losing patience with itself—we don’t know the right way to do life, but we certainly know the wrong way. None of our institutions are working—our political institutions, our economic institutions, and surely not our religious constructions. People from many religions and all walks of life are receiving this material in life-changing ways because the material is liberating—spiritually, theologically, philosophically and personally.”

In addition to his recent COMMUNION WITH GOD (on audio from Highbridge), Walsch is simultaneously working on four new books—a book with Marianne Williamson called TOMORROW’S GOD, one called DYING WITH GOD, and two works of visionary fiction. He’s found a producer to work with him on the CWG movie. And what about the influence of God in his work? “God is my inner guidance when I’m doing anything creative. I become very assertive because I know where I’m getting my inspiration.”—Thomas Walken